BAS owns a number of bespoke nets, trawls and sledges that can be deployed from the RRS Sir David Attenborough to sample ecosystems in the water column and on the seafloor.

The Agassiz trawl is a device for collecting samples of mega and macrofauna. Because it has no electronic or pressure-sensitive components and is very stable and robust, it can be deployed to depths of several thousand metres; with the RRS Sir David Attenborough’s ability for deep trawl, it will be used to depths of 8000m.  The Agassiz trawl consists of a metal frame that pulls a long net which collects samples of organisms living on or just above the seafloor.

An epibenthic sledge has a finer net than the Agassiz trawl to collect smaller organisms. As the sledge passes over the seafloor, it stirs up the top layer of sediment and collects species which live just above the seafloor. A bucket at the back of the sampling net catches the animals safely. The sledge also has doors that close during the journey up or down through the water column, ensuring sampling only occurs when the sledge is on the seafloor. The sledge can be deployed to depths of 8000m.

The epibenthic sledge can be equipped with additional equipment including: 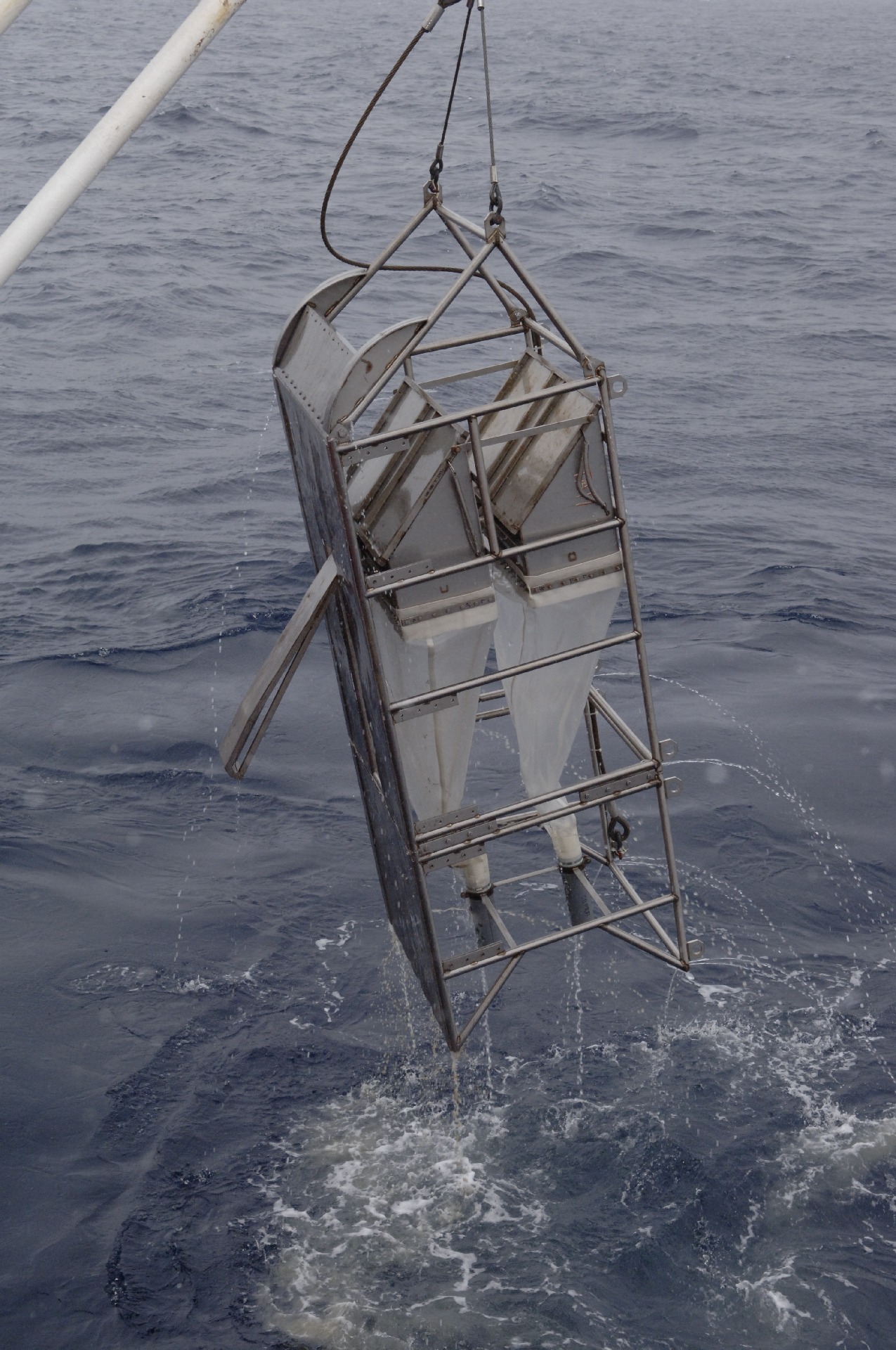 The Rectangular midwater trawl (RMT) system consists of two nets of the same size, which can be opened and closed independently. This allows targeted sampling in specific swarms or water layers. When deployed from the RRS Sir David Attenborough, the RMT can reach 2000m.  The RMT systems are are operated in combination with the down-wire net monitor system; giving real-time control and also identifying the environmental conditions (temperature, salinity and depth) of the water where it is deployed.. This pelagic trawl system is available in different configurations for specific scientific requirements.

The smallest version of the RMT net system (RMT1) has a one square metre mouth opening, with 330 µm mesh and is mainly used to catch mesozooplankton.

The mid-sized RMT (RMT8) has a mouth opening of eight square metres and mesh of 5mm. It is best suited for catching macrozooplankton, particularly Antarctic krill. Its relatively small size means that it can be deployed in an efficient and targeted way, using acoustic information to guide the net to specific targets.

The biggest RMT system (RMT25) has a mouth opening of 25 square metres, and a cod-end mesh size of 5mm. It and is best suited for mesopelagic catching fish. Weighing nearly 1,000kg, the RMT25 can be unwieldy in rough conditions. A custom-built support stand constructed at BAS means that the net and its frame be pre-assembled and kept in one piece during a cruise, facilitating and accelerating its deployment.

The RRS Sir David Attenborough has a Down-Wire Net Monitoring System to communicate with and control the operation of plankton and trawl nets for krill and krill fishing.

Using the Longhurst-Hardy plankton recorder (LHPR), zooplankton can be sampled between two layers of gauze, from depths of up to 1,000m . The LHPR operates in combination with BAS’s custom-built down-wire net monitoring system to make sampling more accurate. It can collect up to 100 discrete, sequential samples, producing high spatial resolution within the water column. 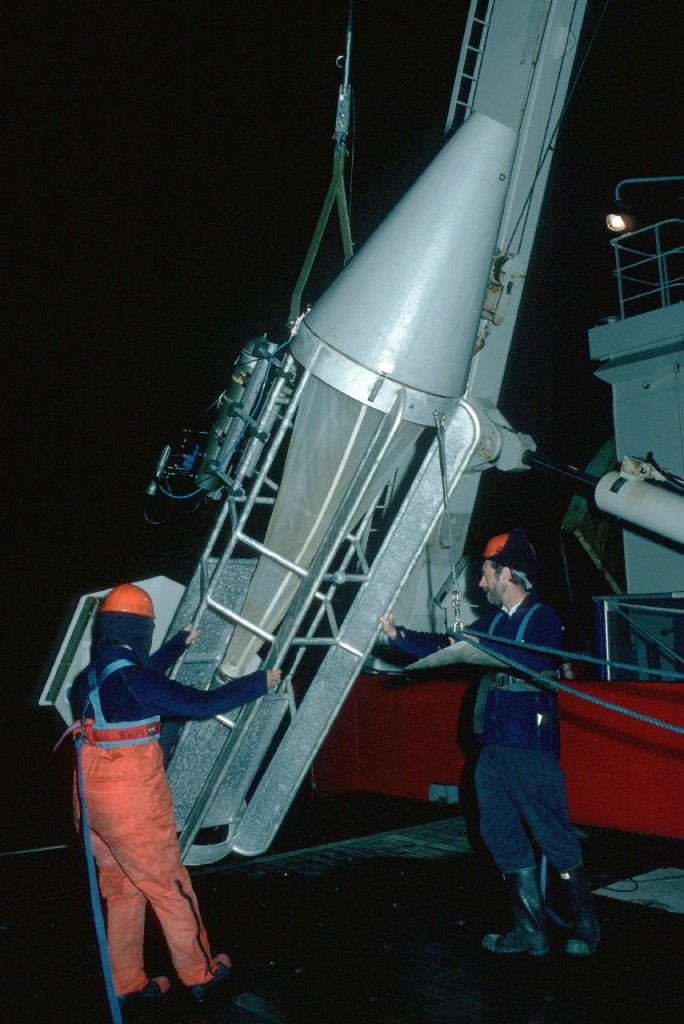 The MultiNet plankton sampler is a world-leading system for horizontal, oblique and vertical sample collections in successive water layers, down to depths of 3,000m. Nine nets with 1m² openings, attached to a stainless steel frame, can be opened and closed remotely. This unit also has sensors to measure temperature, salinity and depth of each sample.

This system of nine nets for zooplankton is towed by a metal frame in open water. Closing one net triggers the opening of the next one, so samples are fully sequential. Buckets at the end of each net collect the zooplankton samples.

The Multiple Opening/Closing Net and Environmental Sensing System has a live data stream, so an operator can control it from the ship. This allows for accurate control over the location and timing of samples – crucial in plankton studies. The frame also carries a conductivity, temperature, depth (CTD) system to record the water properties and a current meter to measure how much water has passed through the nets.

Bongo nets are one of the most common tools to collect samples of micro and mesozooplankton.

BAS has pioneered a moption-compensated bongo net which corrects for the rolling of the ship using a spring mechanism that helps maintain a constant upward velocity of the net through the water. This avoids damage to equipment or samples from sudden acceleration. This means the zooplankton are in much better condition which helps scientists when identifying the sampled animals.

Finally, a mini-bongo net, small and lightweight, can be used with finer mesh nets to collect microzooplankton.

The Neuston sledge samples plankton, fish larvae and micro-plastics at the sea surface. A slender catamaran body with a relatively high draught supports the net at the surface at an adjustable height, ensuring stable positioning. The system is deployed over the side, at as great a distance from the ship as possible in order to achieve an undisturbed sample. On the RRS Sir David Attenborough, this net will be towed from the forward light towing boom, so samples can be collected from undisturbed water.

The system consists of a camera in an underwater housing and a stand-alone light, both supported by a tripod that is connected by a fibre optic link to the surface control system. On deck, the SUCS system is spooled on a small winch and connected to a PC to control the camera’s functions.

Operational equipment to support this capability

Benthic samples from nets and trawls are often in a muddy state and need cleaning. The sieving table makes the previously labour- and time-intensive cleaning process much easier.

A constant flow of water and an outlet at the bottom helps to separate mud from the samples and keeps the ship’s aft deck clean. Three increasingly fine levels of sieves mean that the sample can be pre-sorted during the cleaning process, leaving more time for analysis.

The down-wire net monitoring system (DWNM) is purpose-built by BAS to enable live two-way communication between the pelagic net systems and controllers aboard the ship, via a single conductive or fibre-optic towing cable. It has an array of sensors attached to the underwater unit, which feed back information such as depth, temperature, salinity, currents and light penetration. This system allows researchers to get live information about the environmental and physical conditions around the net and to control whether the nets are open or closed.

Food webs and ecosystems in the polar oceans are often complex, with organisms ranging in size from microscopic plankton to blue whales. Studying the interactions within and between ecosystems helps us understand their relationship with the ocean and how they are affected by climate change and industrial fishing activity. Nets, trawls and sledges are used for a wide range of biological and ecological research.

Highly specialised equipment is often required to sample the wide variety of habitats in the polar oceans which can range from shallow waters to the seafloor, and even underneath permanent ice shelves.

Emissions of carbon dioxide and other greenhouse gases are among the most powerful known drivers of climatic change. They can also affect the climate system indirectly, causing poorly understood cycles of change known as feedback loops. These feedback loops are one of the reasons why it is so hard to predict what the climate of the future will look like.

Most polar feedbacks we know of are positive – as it gets warmer, the resulting changes cause even further warming.  However, there are also some negative ones which help offset the impact of greenhouse gases. BAS scientists have used seafloor trawling equipment and remotely operated vehicles (ROVs) aboard the RRS James Clark Ross to study one such negative feedback related to the “blueing” of the polar regions as sea-ice cover diminishes. Tiny seafloor dwellers called bryozoans are removing more carbon from the ocean as summer ice-free periods become longer.

Bryozoans are tiny filter-feeders that live on the relatively shallow seafloor of the continental shelf and rely on food sinking down from the surface. Like many benthic organisms, bryozoans grow their exoskeletons using carbon they extract from the ocean and convert to calcium carbonate – a process known as carbon immobilisation. When the organism dies, its exoskeleton may be buried by sediment, removing the carbon fixed in it from the global carbon cycle for millions of years.

Because bryozoans depend on food dropping down from above, they can only grow when the sea surface is ice-free. This allows phytoplankton blooms to grow, providing food for the seafloor community.  Over the past thirty years, the duration of sea ice cover has shortened by an average of 80 days on 1 million square km of ocean – that’s roughly four times the size of the UK. This huge area can now support phytoplankton – and bryozoan growth – for much longer every year. Where permanent ice shelves collapse, plankton and benthos can also colonise entire new areas previously uninhabitable to them. As a result, Antarctic benthos can immobilise and fix far more carbon than before as the region’s climate changes. This so-called ‘blueing’ of the polar regions is a rare example of a negative feedback loop where the effects of increasing temperatures help offset the impact of greenhouse gases.

The future: carbon immobilisation around the Antarctic

A recent study by reasearchers at BAS and the National Oceanography Centre in Southampton found that carbon immobilisation is particularly pronounced around the remote South Orkney Islands, 300 miles off the tip of the Antarctic Peninsula. In 2010, this area became the first marine protected area located entirely in the high seas.

To map the carbon immobilisation effect of benthic communities around the Antarctic, scientists completed several more research cruises around the entire Antarctic continent, visiting very rarely studied areas and adding to our understanding of the complex relationships between Antarctic ecosystems and climate change. 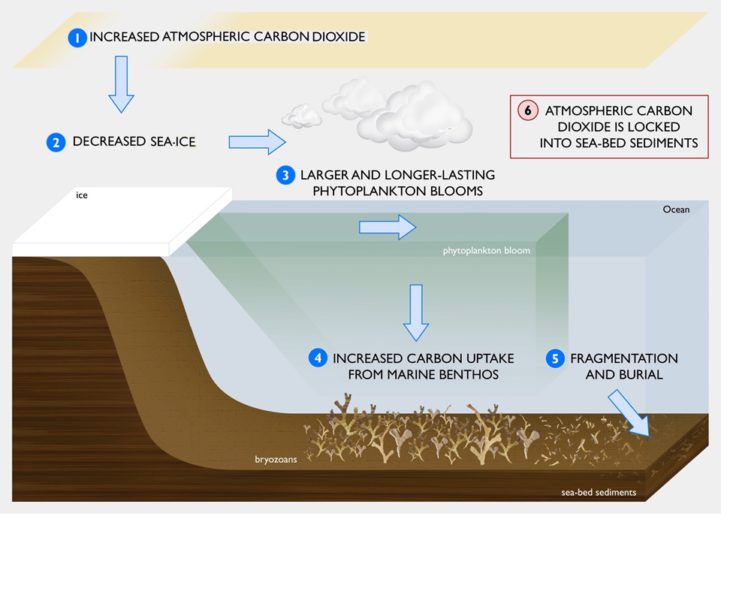 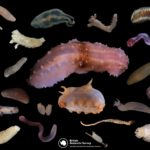 Dr Mel Mackenzie, a Collection Manager of Marine Invertebrates at Museums Victoria in Melbourne, is living and working on board the BAS research ship RRS James Clark Ross for the … 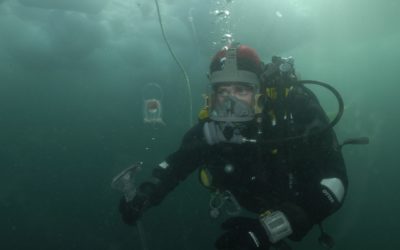