Science of the Arctic

Also in The Arctic

The Arctic is on the frontier of global change impacts.

The scientific evidence that the world’s climate is changing and that this is mainly the result of human activities is extensive, robust and clear. The Arctic environment is undergoing rapid change which has the potential to impact the UK and the rest of the world, yet it is still not fully understood. British Antarctic Survey research aims to determine what drives the unprecedented changes seen in the Arctic, and identify their possible future consequences.

Climate change is the greatest threat facing the Arctic and presents a scientific challenge with important societal implications. The UK is working to build an understanding of the threats of climate change and the opportunities for action.

As well as undertaking its own Arctic research in areas such as oceanography, atmospheric chemistry, sea-ice and ice-sheet dynamics, hydrology, terrestrial biology and regional modelling, British Antarctic Survey also manages and contributes to externally-funded programmes of research into the changing Arctic. These programmes foster international scientific collaboration, bringing together multi-disciplinary teams of Arctic experts, and provide robust scientific evidence to back up global Arctic policy.

The NERC-funded Arctic Research Programme was launched in 2010 to address specific topics of scientific uncertainty in the Arctic region and is coordinated and managed by a team at British Antarctic Survey. The £15m research effort is working over a five-year period to address key questions about what is behind the environmental changes occurring in the Arctic and how they can impact on levels of greenhouse gas and influence extreme weather events in the future.
Find out more about the Arctic Research Programme.

ICE-ARC is an EU FP7 funded programme of research running for four years, and is co-ordinated and managed by a team at British Antarctic Survey. It brings together physicists, chemists, biologists, economists, and sociologists from 21 institutes from 11 countries across Europe. With a budget of €11.5M the team aims to understand and quantify the multiple stresses involved in the change in the Arctic marine environment.
Find out more about ICE-ARC.

EU PolarNet interview with Aqqaluk Lynge is a Greenlandic author, the former president of the Inuit Circumpolar Council and a former member of the United Nations Permanent Forum on Indigenous Issues. 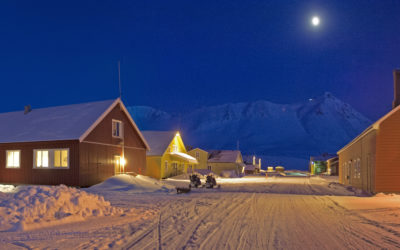