Also in Britain in Antarctica

Antarctica’s importance as a continent for international scientific collaboration was first recognised during the International Geophysical Year (IGY 1957-58).

Britain was one of the original 12 nations to sign the Antarctic Treaty – a highly successful agreement that came into force in 1961 and now has 50 signatories. The UK continues to be a leader in the Antarctic Treaty System (ATS). The UK Antarctic Acts of 1994 and 2013 emphasise Britain’s long­ term commitment to the ATS.

The British Antarctic Territory (BAT) is the oldest territorial claim to a part of the continent. It includes all the lands and islands in a wedge extending from the South Pole to 60° S latitude between longitudes 20° W and 80° W.  The BAT is a UK Overseas Territory, administered in London by staff in the Polar Regions Department of the Foreign, Commonwealth and Development Office (FCDO). The government of the Territory has its own legislative framework and makes a range of legal and administrative appointments.

The BAT has no indigenous population and presence in the Territory is provided by the British Antarctic Survey (BAS), who operate three scientific stations and the United Kingdom Antarctic Heritage Trust (UKAHT), who manage the historical base at Port Lockroy. The Royal Navy maintains an ice patrol vessel in the area during the austral summer. The Territory has its own legal system and legal and postal administrations.  The BAT receives annual revenue from income tax on over-wintering scientists, stamp and coin sales and interest from its capital reserves. This income means that it is financially self sufficient.

BAT aims to promote UK Sovreignty and efficient financial and legal processes relating to the governance of the Territory.  The strategic objectives are:

Although the United Kingdom claims sovereignty over this region, there are overlapping claims by Argentina and Chile. Under the terms of the Antarctic Treaty, all territorial claims remain frozen, allowing the whole of Antarctica to be used as a continent for peace and science.

Listen to this BBC Podcast to hear BAS Director Professor Dame Jane Francis and others talk about Antarctica. 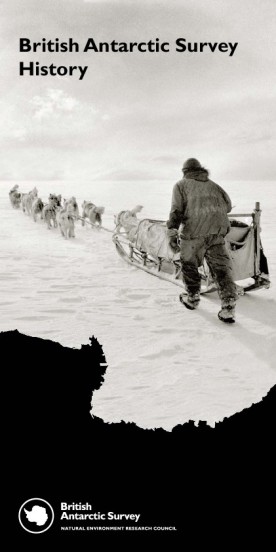