The Environmental Protocol bans all mineral resource activities in Antarctica (other than scientific research). The control of possible mining was first raised within the Antarctic Treaty System by the UK and New Zealand in 1970 as they had been approached by minerals companies about possible commercial geophysical exploration in the Southern Ocean. The regulation of minerals activities was a very controversial issue that dominateed Antarctic politics throughout the 1980s and early 1990s.

The Treaty nations decided on a precautionary approach and imposed a voluntary moratorium on the exploration and exploitation of Antarctic minerals in 1976. This was because unregulated exploration and mining would have caused serious environmental and political problems. In 1981, the Treaty nations finally agreed to start negotiations on a comprehensive minerals regime. The issue was so difficult and complex that it took until 1988 for the Treaty nations to reach a consensus and adopt the Convention on the Regulation of Antarctic Mineral Resource Activities (CRAMRA). Partly as a result of these discussions, there was growing international interest in Antarctica, and the number of signatories to the Antarctic Treaty increased rapidly from 25 to 38 during this period.

CRAMRA sought to regulate minerals prospecting, exploration and development activities, although mining would only be permitted if all Parties agreed that there was no risk to the environment. However, by the time that CRAMRA was adopted in 1988, there was a major international campaign by environmental groups such as Greenpeace and the World Wide Fund for Nature, against minerals exploitation. Their view was that mining should be banned and Antarctica should be declared a ‘World Park’.

Under intense pressure from environmental groups, Australia and France decided not to sign CRAMRA in 1989. As the CRAMRA required ratification by all the Treaty nations, this meant that the agreement failed to come into force. By 1990, Australia and France had been joined by New Zealand, Italy and Belgium and together they proposed a comprehensive environmental protection convention for Antarctica. Others, including the UK, Japan and the USA argued against a permanent ban on mining.

The collapse of CRAMRA was the first major threat to the Antarctic Treaty System. The UK and Chile called for a special meeting to discuss comprehensive measures for the environmental protection of Antarctica and together developed a draft environmental protocol. Within two years of the collapse of CRAMRA, the Protocol on Environmental Protection to the Antarctic Treaty was signed in 1991. CRAMRA provided the basis for the Environmental Protocol with several of its definitions and measures being incorporated into the new agreement.

The demise of CRAMRA illustrates the vulnerability of the ATS consensus process. It also demonstrates the power and effectiveness of international environmental campaigns. However, it is unlikely that the Treaty nations would have agreed to the tough mandatory regulations on environmental protection contained in the Protocol without the previous conflict over CRAMRA. 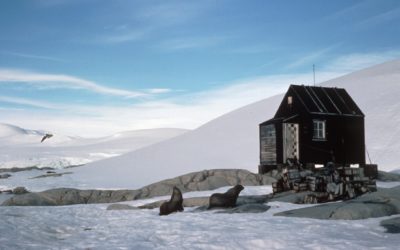