Many species of plants, animals and microorganism are moved around the world through human activities to areas they would not reach naturally. Once in a new location, these non-native species may become invasive and have severe impacts on local species and ecosystems.

The Antarctic has not escaped this threat.  The introduction of invasive species – including vertebrates, invertebrates and plants – has greatly altered the ecosystems of many sub-Antarctic islands.  In contrast, the Antarctic continent currently has few confirmed non-native species, but numbers are increasing.

Future increases in human presence in the Antarctic region, whether through tourism, governmental operators or other commercial activities, will increase the risk of further non-native species introductions.

At the same time, climate change may increase the chances of non-native species establishment and range expansion.  Ensuring effective biosecurity measures are applied throughout the Antarctic region in a timely manner is an urgent challenge for the Antarctic Treaty nations and the Antarctic community as a whole.

BAS logistical operations occur over a large footprint that includes the UK, the Arctic, South Georgia, Antarctica and associated gateway ports.  The complexity of operations involving large volumes of cargo, aircraft, ships, personnel and six stations make it essential that biosecurity measures are well-considered, implemented and conform to legal obligations.

Therefore, BAS has developed new Biosecurity Regulations.  These set out clear instructions and procedures for BAS personnel and external collaborators detailing how to reduce the risk of non-native species introduction and how to respond should an introduction inadvertently occur. 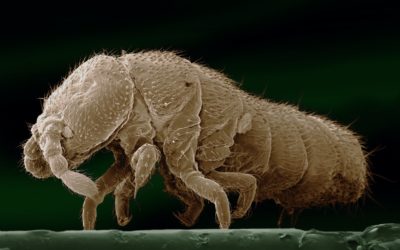 Education on Biodiversity in the Polar Regions