Twelve countries represented by the Governments of Argentina, Australia, Belgium, Chile, the French Republic, Japan, New Zealand, Norway, the Union of South Africa, the Union of Soviet Socialist Republics, the United Kingdom of Great Britain and Northern Ireland, and the United States of America, signed the Antarctic Treaty on 1 December 1959 in Washington.

Recognizing that it is in the interest of all mankind that Antarctica shall continue for ever to be used exclusively for peaceful purposes and shall not become the scene or object of international discord;

Acknowledging the substantial contributions to scientific knowledge resulting from international cooperation in scientific investigation in Antarctica;

Convinced that the establishment of a firm foundation for the continuation and development of such cooperation on the basis of freedom of scientific investigation in Antarctica as applied during the International Geophysical Year accords with the interests of science and the progress of all mankind;

Convinced also that a treaty ensuring the use of Antarctica for peaceful purposes only and the continuance of international harmony in Antarctica will further the purposes and principles embodied in the Charter of the United Nations;

Have agreed as follows:

Freedom of scientific investigation in Antarctica and cooperation toward that end, as applied during the International Geophysical Year, shall continue, subject to the provisions of the present Treaty.

Each of the Contracting Parties undertakes to exert appropriate efforts, consistent with the Charter of the United Nations, to the end that no one engages in any activity in Antarctica contrary to the principles or purposes of the present Treaty.

The present Treaty, done in the English, French, Russian and Spanish languages, each version being equally authentic, shall be deposited in the archives of the Government of the United States of America, which shall transmit duly certified copies thereof to the Governments of the signatory and acceding States. 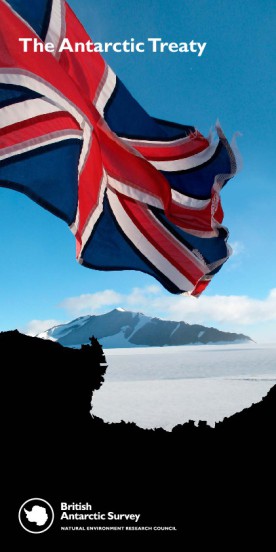