The United Kingdom has signed the Environmental Protocol and this has been implemented into UK law by the Antarctic Act 1994 and the Antarctic Regulations 1995. According to this legislation the following activities require a permit from the Secretary of State for Foreign & Commonwealth Affairs:

BAS applies to the Foreign, Commonwealth and Development Office (FCDO) for permits for all of its activities and staff working in the Antarctic.

Non-British visitors are usually covered by BAS’ expedition permit. However, some specialist permits can only be issued to British nationals. If non-British visitors intend to take, or cause harmful interference with, fauna or flora; introduce non-native animals or plants; or enter ASPAs or CEMP Monitoring Sites then they need to apply to their own government for a permit.

Further details and application forms can be obtained from: 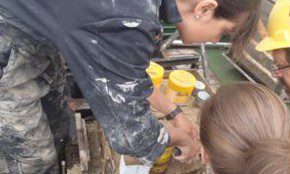