This project uses a range of different technologies to monitor glaciological change on the 150-m thick Brunt Ice Shelf – which is home to the Halley VI Research Station. Glaciologists classify very large cracks in the ice shelf which clearly go all the way through to the sea as “chasms”, and narrow cracks that go an indeterminate depth as crevasses. The project uses data from a variety of in situ instruments on the ice shelf, satellite data, and numerical models of the ice shelf, to understand the changing risk to our operations and infrastructure on the Brunt Ice Shelf.

In 2012 satellite monitoring revealed the first signs of movement in a chasm (Chasm 1) that had lain dormant for at least 35 years.  Since then, this chasm has continued to grow, with implications for the operations of Halley VI Research Station. In the 2015/16 field season glaciologists used ice penetrating radar technologies to ‘ground truth’ satellite images and to calculate the most likely path of Chasm 1.  In 2016/17, the Halley technical, vehicle, science and operational teams successfully moved the Halley VI station to a new, safer location on the ice shelf.  Monitoring of the chasm continued in 2017/18, 2018/19 and 2019/20 and is improving our understanding of the process of iceberg formation.

In October 2016 a new crack was detected some 17km to the north of the research station across the route sometimes used to resupply Halley.  This ‘Halloween’ crack continues to widen and a second large iceberg may calve to the north, with the possibility of further impact on the remaining ice shelf.

Together, Chasm-1 and Halloween Crack, form a complex glaciological situation, whose final outcome is uncertain.  The closure of Halley VI during recent winters is a precaution during a period when evacuation of the station would be difficult.

The Brunt Ice Shelf is probably the most closely and thoroughly observed ice shelf on Earth.  A network of 15 GPS instruments measure the deformation of the ice every day.  Satellite images from the European Copernicus Sentinel (1 & 2) programme, NASA Worldview, Landsat 8 and TerraSAR-X are used to map the location of the rift tips and ice velocity, while ground penetrating radar, and on-site drone footage provide key information on any growth of the cracks.  These data provide science teams with a number of ways to measure the width of Chasm 1 and changes to ‘Halloween’ crack with very high precision.  Scientists use the data in computer models and bathymetric maps to determine whether or not a large iceberg will calve.

The primary early warning system used by BAS to inform BAS operation on the Brunt Ice shelf is the innovative ApRES (Autonomous phase-sensitive Radio Echo Sounder) system developed in a collaboration between BAS and UCL to monitor ice shelf changes.  This radar precisely measures the width of Chasm 1 every two hours and is used to inform daily operations on the Brunt Ice Shelf.

A significant calving event is imminent at the Brunt Ice Shelf as Chasm 1 approaches the McDonald Ice Rumples. The future of the ice shelf after this occurs depends on the trajectory of Chasm 1. If it progresses upstream of the McDonald Ice Rumples (MIR), the ice shelf could become structurally detached from the bed. The alternative is that Chasm 1 progresses downstream of the pinning point at the ice rumples, the ice shelf remains in contact with the bed, and retains its structural integrity.  See this article

About the Brunt Ice Shelf

The Brunt Ice Shelf is the floating extension of the grounded ice sheet. It is composed of freshwater ice that originally fell as snow, either in situ or inland and brought to the ice shelf by glaciers. Cracks appear continuously on ice shelves as the ice deforms.  Cracks that form during the summer months sometimes heal again over winter. At Halley a long-term ice-monitoring project, that uses satellite and radar data, detected new growth in a chasm that has been dormant for around 30 years.

Observations reveal that a particular feature – Chasm 1 – has been growing continuously since 2012.  The Halley VI research station was relocated to avoid this chasm.

The aim of this project is to provide the best scientific intelligence to: 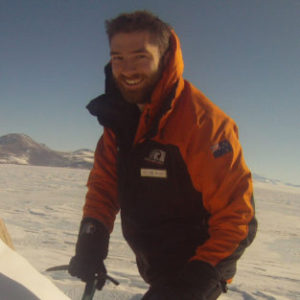 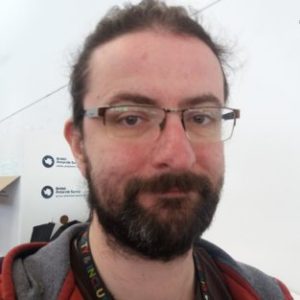 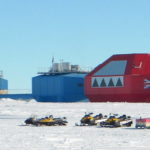 Neil Brims is the Electrician at Halley VI Research Station. In our latest blog, find out what life is like at Halley and how it feels to live at the … 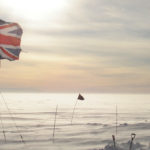 Science and support teams from British Antarctic Survey (BAS) are gearing up for the start of the Antarctic summer field season. All five of our research stations will be open … 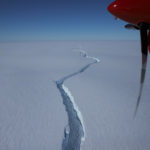 A huge iceberg (1270 km²) the size of the county of Bedfordshire has broken off the 150-m thick Brunt Ice Shelf, almost a decade after scientists at British Antarctic Survey … 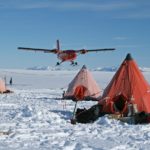 Getting ready to go south 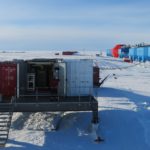 British Antarctic Survey (BAS) Halley VI Research Station has closed for the 2019 Antarctic winter after a successful summer field season.  It will re-open again in November this year. The … 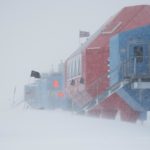 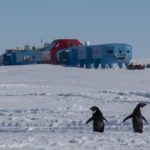 British Antarctic Survey (BAS) has decided, for safety reasons, that it will close its Halley VI Research Station during the 2018 Antarctic winter.  This will be the second time that … 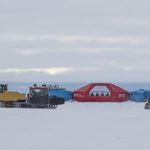 British Antarctic Survey (BAS) has successfully relocated Halley VI Research Station to its new home on the Brunt Ice Shelf.  Operational teams have spent the past 13 weeks moving each … 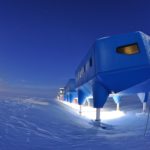 British Antarctic Survey (BAS) has decided not to winter at Halley VI Research Station for safety reasons. The station, which is located on the floating Brunt Ice Shelf in Antarctica, …

British Antarctic Survey is getting ready to move its Halley VI Research Station 23 km across the ice.  This is the first time that the station, which has a re-locatable … 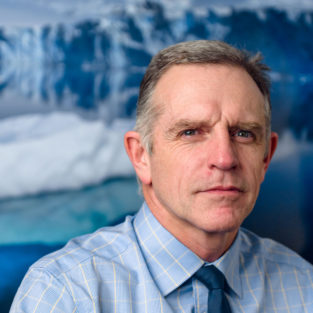 Watch footage of the crack