The Halley SuperDARN radar is part of the worldwide Super Dual Auroral Radar network of 27 high-frequency (HF) radars which study winds, waves, and tides in the upper atmosphere across the polar regions. It consists of a line of 16 identical transmitting antennae that form a narrow radio beam that can be steered to look in different directions. The radio waves that the radar transmits can bounce off the ionised part of the upper atmosphere known as the ionosphere meaning the radar can be used to study the upper atmosphere up to around 3500 km away, literally ‘over-the-horizon’.

Around 300 km up, in the ionosphere, the transmitted HF radio waves reflect off blobs of ionised gas (plasma) which are moving with the ionospheric winds. By combining measurements of these winds from all the radars in the SuperDARN network we can produce ‘space weather maps’ (similar to meteorological weather maps) which show how energy from the Sun is driving the global circulation of the polar ionosphere.

SuperDARN can also see shooting stars! Around 100 km up, it can detect the motion of trails of ionised gas left by meteors from space continually burning up in the Earth’s atmosphere. These tell us about the winds, waves, and tidal motions in the regions of the upper atmosphere known as the mesosphere and thermosphere. 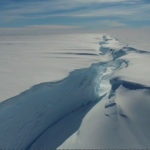 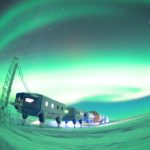 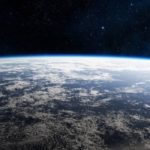 SPACESTORM is a collaborative project to model space weather events and find ways to mitigate their effects on satellites. Over the last ten years the number of satellites on orbit …