Pete has been with BAS for 18 years and before that he studied his PhD at Cambridge University, Dept of Zoology. He learned and became interested in the science at BAS from meeting several BAS biologists at seminars and other academic gatherings. Like many other graduates, Pete spent 18 months in temporary teaching roles before deciding he should find a long-term job. “I was very enthusiastic about the proposed project and the opportunity to spend a significant period in the Antarctic” Pete’s initial contract was to carry out research on Signy Island, which involved a winter period south.

In terms of the science carried out and the simple pleasure and excitement of living and working at Signy, Pete’s expectations have all been met. “Over the years I have been very lucky to see the range of Antarctic environments (from sub-Antarctic South Georgia to the inland continental Pensacola Mountains at about 83 degrees south). I have also had the opportunity to visit the Arctic.”

The role of terrestrial ecologist

“I am basically a terrestrial ecologist, in simple terms a natural historian. My role is to carry out pure BAS science research within one of the core science programmes (BIOFLAME) and to publish this in the form of scientific papers and to communicate this to the wider science community and public”.

Pete’s primary research interests lie in understanding how organisms are adapted to the extreme Antarctic terrestrial environment, how their ecosystems are organised, how the Antarctic continent has come to have the organisms (biogeography) and how these organisms and their ecosystems are likely to respond to rapid rates of climate change. With his extended experience in BAS and polar science, he often take on a coordinating role within BAS programmes and project groups, as well as in international collaborative research programmes.

“The opportunity to work in and understand a wide range of different and exceptional Antarctic ecosystems is what really drives my enthusiasm for the subject.”

After spending 12 seasons south, including a winter period, Pete still finds it very hard to describe.

“You can certainly apply a lot of accolades to the beauty of the scenery, its wildness or ruggedness, the wildlife and so on. The one thing that strikes me again and again, and I don’t think it can be appreciated without being there, is the sheer scale of it. It remains the only place where humans are very definitely the ‘guests’ — certainly we can survive there for short periods, but what we can do, and how long we can do it for, is controlled by the environment, which cannot be tamed!”

Other Activities Down South:

Pete has had the opportunity to be involved in many different activities “My seasons have involved work on several research stations, periods field camping up to 2000 miles from a station and being part of 2 person field party travelling with skidoos and sledges”. Pete has also worked on the BAS research vessels and the Royal Navy’s HMS Endurance, using helicopter and planes to support the work. “I’ve had the wonderful opportunity to take part in most of the recreational activities available on the ships and stations.”

The Good and the bad bits:

Possibly the most exciting part for Pete “is being out in the field on your own, you actually travel as a pair, but it is still possible to get your own space”.

“There are of course with every job, some downsides. It is obviously hard to be away from loved ones, but can often be harder for them than for the person away. They are left alone for the UK winter, while you are doing the best part of your job in Antarctica. We can often work long hours, getting as much as possible from the season while we can. It is very true that you often want to sleep for a week when you come back from a season.

The best part about being back in Cambridge is the community of active, enthusiastic, skilled and committed scientists and the ease of access, often through the University, to research information and academic contacts.

Most people don’t need convincing about their desire to join BAS; rather they need to consider realistically whether they have the appropriate attributes. To be successful you have to have a genuine and deep interest in your subject, to work in the Antarctic you need to be flexible and happy thinking on your feet”. 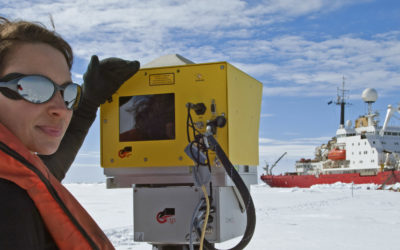 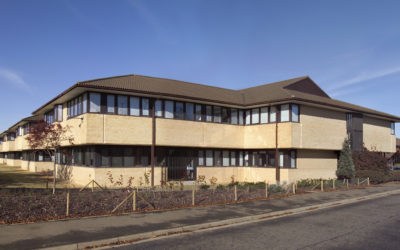 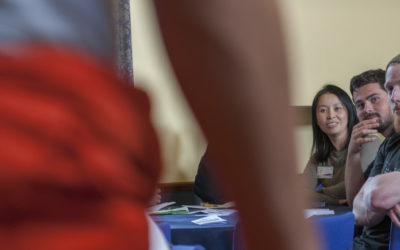