Black History Month recognises and celebrates the achievements of people with African or Caribbean heritage and takes place every October (in the UK). It marks the contributions of Black people throughout history, contributions that have not always been included in mainstream teaching and awareness, or have been summarised from an external viewpoint. The theme of this year’s Black History Month is ‘Proud To Be’, a festival of celebration of what Black people around the UK are proud to be.

1.9 million people (3.3%) in the UK come from Black ethnic groups. UK Polar Science has never been particularly racially diverse and is not currently representative of the diversity found in the UK population. This issue is certainly not unique to Polar Science, with only 1.8% of UK STEM (science, technology, engineering and mathematics) academic staff and 0.5% of university science professors being Black. However, Polar Science does have a long standing perception and history of being an area of academia and exploration dominated by White men, dating back to the ‘heroic age of Antarctic exploration’, although more recently it has been suggested that the Māori people of Aotearoa New Zealand had explored Antarctica’s waters, and possibly the continent, centuries earlier.

Black History Month has given us opportunities in the past to highlight and listen to current and former members of the polar science community, and the recent Race Impact Survey provided important insight into the barriers faced by Black and ethnic minority people in Polar Research. Sharon Grant, a Numerical Marine Ecologist at British Antarctic Survey from 1997 to 2002, wrote an invited blog post giving highly personal and enlightening insight into her time as a Black woman working at sea in Antarctica, Small islands in the middle of nowhere. She also, quite rightly, questioned the motivation and intentions for asking her to revisit her time of being part of a workplace where people like her were “very few and far between” – attempts to increase visibility and representation can often end up feeling more like performative acts of tokenism. We hope to avoid this pitfall, and are keen to engage in lasting dialogue.

The desire for meaningful change led the UK Foreign, Commonwealth and Development Office Polar Regions Department to fund the Diversity in UK Polar Science Initiative (DiPSI). DiPSI exists to celebrate existing diversity and enhance further polar science opportunities for historically excluded and underrepresented groups. The initiative is supported by individuals and organisations across the UK polar community, including those distributed throughout the higher education system. The underrepresentation of ethnic minorities, their lived experiences and the responses to the race impact survey all highlighted the need for targeted actions to improve the inclusivity of the workplace and proactively move away from the image of polar research as a ‘white space’.

The polar regions are often seen as remote and, with no permanent human population in Antarctica, disconnected from social issues facing society. But those working in the polar regions have recognised that to remain relevant to society,  polar science needs to be representative of society and prepared to tackle existing inequalities. This led to the British Antarctic Survey making a public statement against racism, in the wake of the Black Lives Matter movement, confirming its commitment to take a stand against racism and to strive for diversity and equality of opportunity, and recognising that it will take a deliberate journey to realise these aspirations.

It is also important for organisations and communities to move beyond words of support to invest in actions that create a more inclusive workplace. DiPSI has concentrated its efforts on delivering outputs that open up polar research to previously excluded groups through hands-on personal experience, inspirational speakers, online resources, paid internships and community engagement. Feedback from these actions has shown that exposing students and early career researchers from minority backgrounds to the human face of polar science and the exciting opportunities it can provide, can help to break down the stereotype of a sector dominated by “heroic” White men. Moreover, we also recognise that the evolution needed to create a fully representative community in polar research will take commitment to continuing and expanding this work to engage the scientists, engineers and support staff of the future.

Speaking to Nicole Logan-Park (Estates Asset Engineer at British Antarctic Survey), the impact of these efforts on the few Black and ethnic minority people already working in the UK polar community has been generally positive, but it is clear that we have further to go. When DiPSI first contacted her, she greeted it with trepidation; was this going to be another box ticking, flag waving exercise that would deplete her energy reserves and leave her disappointed or would it bring about real cultural change? And whilst Nicole acknowledges and praises the progress made, she still questions how this progress can be embedded into everyday decision making, recruitment, cultural norms and the public image of Polar Research. Far too often the phrase “a good fit to the team” when recruiting new staff means selecting candidates with characteristics which are familiar and like ourselves. Moving beyond our comfort zones is what will make the difference.

In recognition of the added burden often placed upon minorities by equality, diversity and inclusion work, this year we will be using the month of October to reflect on what we’ve learnt over the last 12 months and how best to continue our journey of increasing diversity and inclusion in Polar Science. We also celebrate our African and Caribbean colleagues working across STEM and in support roles, and thank them for their outstanding contributions. We encourage everyone to learn about the Polar Impact Network, an inclusive network of racial & ethnic minorities and allies in the polar research community. Let’s all ask ourselves – how can we use our positions of privilege to develop Polar Research as a more diverse and inclusive community?

On behalf of the Diversity in UK Polar Science Steering Committee 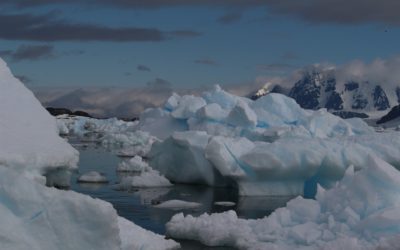 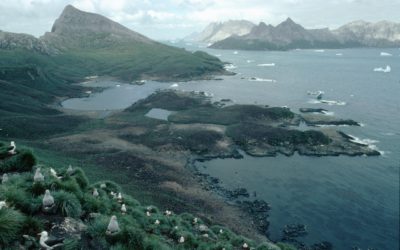