Great (Diomedea) albatrosses face multiple threats to their long-term survival. Declines in albatross populations have been linked to incidental mortality (bycatch) in fisheries, predatory invasive species (including rats, mice and cats) and disease. More than 100,000 albatrosses are killed by longline fishing every year. 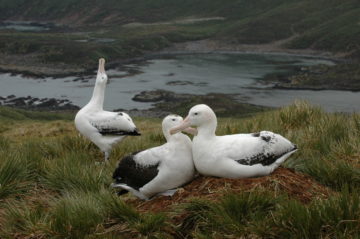 Satellites in space are continuously capturing images of Earth. Using these very high-resolution images, we are able to count individual albatrosses and, by applying correction factors that account for failed and nonbreeding birds, estimate the number of breeding pairs in remote locations. Satellites do not disturb albatrosses and can cover vast areas at once, many of which are difficult, expensive and time-consuming to visit for ground counts or to census using aerial surveys or UAVs (drones).

The Government of South Georgia and Sough Sandwich Islands (GSGSSI) Wandering Albatross Action Plan and the priorities of  The Agreement on the Conservation of Albatrosses and Petrels (ACAP) highlight the need to (1) carry out archipelago-wide censuses of albatrosses at least every 10 years, and (2) investigate use of remote-sensing survey techniques.

The wandering albatross is listed globally as Vulnerable by the IUCN. at the regional level due to their steep decline. South Georgia holds a globally important population, which breeds at 17 sites around the island group. Only three of these sites have been monitored regularly; Bird Island (which holds around 60% of the total South Georgia population), Albatross Island and Prion Island. Annenkov Island holds the second largest population of wandering albatrosses in South Georgia, but due its remote location a census has only been conducted twice, most recently in 2004. Wandering albatrosses at South Georgia have been in decline since regular censuses began at Bird Island in the 1960s, and meet the IUCN criteria for Endangered status at the regional level. Satellite imagery has great potential to provide low-cost accurate surveys of all sites at regular intervals.

Around 1,500 pairs of Tristan albatrosses breed each year, almost exclusively on Gough Island. Bycatch of adults and subadults in fisheries, and predation of chicks by introduced house mice are key threats to this population. The species is classified as Critically Endangered by the IUCN. This project will test the effectiveness of satellite-based counts for censuses of Tristan albatrosses on Gough, by comparing results with surveys on the ground. Currently, it is unknown whether Tristan Albatrosses can be detected using satellite imagery, as they are slightly smaller than wandering albatrosses and have a darker back, so may be more difficult to distinguish against surrounding vegetation. 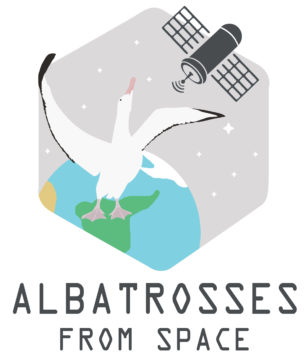 The Wildlife from Space team have completed an online citizen science campaign to search for albatrosses using Very High-Resolution (VHR) satellite imagery. The information gathered – with the help of the public – will be used by scientists to identify whether albatross populations show signs of recovery due to implemented conservation actions, or if they are still in decline despite these efforts.

We hope to expand the project in the future to include other albatross species, and eventually, complete the world’s first worldwide censuses for albatrosses.

In the future, the Wildlife from Space team aim to: 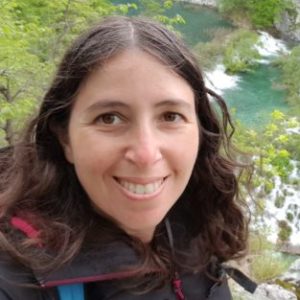 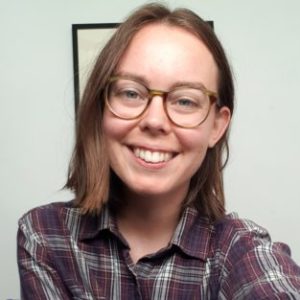 The Albatross from Space project is an international collaboration involving BAS, RSPB, GSGSSI and other stakeholders. Key collaborators on the project include:

We would like to thank the field teams on Gough Island (Roelf Daling, Vonica Perold, Kim Stevens and Steffen Oppel) and South Georgia for their efforts over the years to monitor albatrosses. The nest co-ordinates collected during fieldwork will be used to verify the accuracy of satellite-based counts for this project. 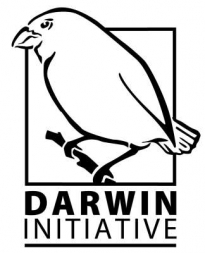 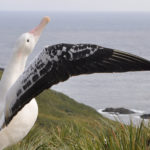 British Antarctic Survey (BAS) and RSPB are recruiting albatross detectives to help to search for wandering albatrosses in satellite images taken from space. This is to help us learn more … 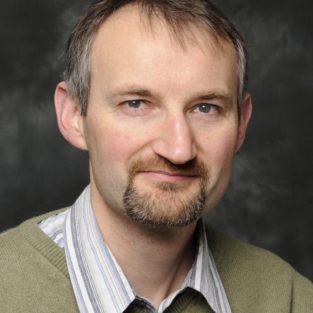 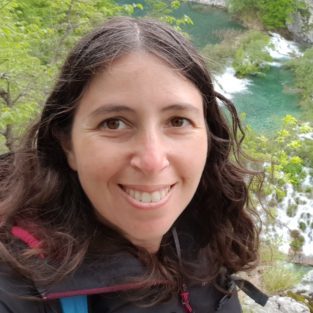 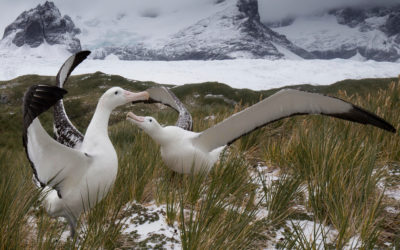