The twin drivers of globalisation and technological advance have created a developed and developing world that is increasingly dependent on satellite technology for communication, navigation, Earth observation and military surveillance. This growing infrastructure is vulnerable to the damaging effects of space weather.

The concern is such that governments around the world now regard extreme space weather as a potential emergency situation, and it is included in the UK’s National Risk Register of Civil Emergencies.

Energetic electrons are an important space weather hazard. They affect satellites in two principle ways. Electrons with energies in the range from ∼keV to ∼100 keV, which are injected during substorms, affect the current balance to the satellite surface. This may result in a high level of surface charging. Higher-energy electrons, known “killer” electrons, which tend to build up during geoeffective geomagnetic storms and high speed solar wind streams, can penetrate surface materials and embed themselves within insulators. Such charging is known as internal charging. Both surface charging and internal charging can lead to the build-up of significant amounts of charge, the subsequent discharge of which can damage components.

There are currently (as of Dec 2019) 2218 operational satellites in Earth orbit, of which 1468 are in low Earth orbit (LEO), 562 in geosynchronous orbit (GEO), 132 in medium Earth orbit (MEO), and 56 in elliptical orbit. Most are exposed to energetic electrons for at least some of their orbit. In 2018 the total global revenues from the satellite industry were US $277B, showing the importance of the industry to the economy. Extreme space weather events have a real capacity to damage this infrastructure, as happened during a major storm in 2003, when 10% of the satellite fleet experienced anomalies and one satellite (the joint Japanese/US Midori 2 satellite, costing US $640M) was a total loss.

Our research seeks to determine the conditions that would occur in a 1 in 100 year-event to determine the likely impact of an extreme event. The severity of any given event depends on both location and electron energy.  To understand this, and provide the information that the satellite industry needs, we conduct independent analyses for different electron energies and orbit types. The findings are used by satellite operators and engineers to mitigate the risks to new satellites by improving the definition of spacecraft technical requirements and in the evaluation of satellite proposals received from manufacturers.

Modern satellites in medium Earth orbit and at geosynchronous orbit have life expectancies of 10-20 years. Satellite operators and engineers thus need realistic estimates of the flux levels that may be reached on these and longer timescales in order to assess the likely impact of an extreme event on the satellite fleet and to improve the resilience of future satellites by better design of satellite components. Satellite insurers also require this information to help them in dialogues with clients and in the evaluation of realistic disaster scenarios.

The overall aim of these studies is to determine the 1 in 10, 1 in 50, 1 in 100 and 1 in 150 year energetic electron flux levels as a function of energy for various key orbits and locations in near Earth space. 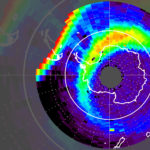 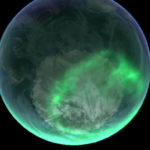 Determination of the 1 in 100 year space weather event

In recent studies, as part of the EU FP7 project SPACESTORM, we used a branch of statistics, known as extreme value theory, to determine the 1 in 10, 1 in 50, 1 in 100 and 1 in 150 year space weather events for low, medium and high Earth orbit and geosynchronous orbit.

Our principle findings are:

The determination of the 1 in 100 year flux of relativistic electrons at geosynchronous orbit [Meredith et al., 2015], the location of the major telecommunications satellites, has had an immediate impact. The revised value, which is seven times that estimated from an earlier study, has been:

More generally, the 1 in 100 year event levels in LEO, MEO, GEO and HEO, as a function of electron energy, serve as space weather benchmarks. In particular: