Sat-Risk – Satellite Radiation Risk Forecasts – is a collaborative project between several academic institutions and stakeholders. The project is part of the Space Weather Instrumentation, Measurement, Modelling and Risk (SWIMMR) programme led by the Science and Technology Facilities Council (STFC) with the Natural Environment Research Council (NERC). The aim of SWIMMR to improve the UK’s capabilities for space weather monitoring and prediction.

The Sat-Risk project, led by the British Antarctic Survey (BAS), has the goal of ‘developing a real-time system to forecast radiation exposure to satellites for a range of different orbits, and quantify the risk of damage or degradation‘. Further information can be found at Satellite Radiation Risk Forecasts (sat-risk.ac.uk)

Satellites are incredibly important to modern life on Earth. There are currently more than 2500 operational satellites orbiting the Earth with applications including, but not limited to, mobile phone networks, TV signals, internet, navigation, and weather forecasting. All of these satellites must be designed to withstand the harsh environment of space for lifetimes that can be as long as 15 years or more. One particular danger is that of radiation. Many satellites pass through the Van Allen radiation belts during their orbits; regions of energetic particles trapped by the Earth’s magnetic field. This radiation can be incredibly damaging to electronic components such as solar cells, integrated circuits, and sensors.

During magnetic storms the electron flux inside the radiation belts can display great variability, increasing by up to four orders of magnitude on a timescales of minutes to days. The flux can also decrease though this usually takes place more slowly over a period of several days.

It is important to satellite designers and operators to be able to predict how the radiation belts are likely to behave in response to solar activity. Satellites often have to change their mode of operation at times when there is a high risk of damage due to radiation, for example delaying updates, rescheduling manoeuvres, and requiring increased staff monitoring. As such it is of interest to develop a system to forecast how the radiation in the Van Allen radiation belts will change, and to inform operators of dangers to satellites to reduce damage. Developing such a system is the key aim of the Sat-Risk project. 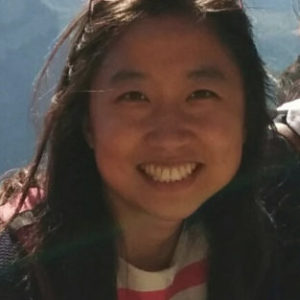 Electron Acceleration in the Radiation Belts of Earth, Jupiter & Saturn