It was measurements made using the Dobson photospectrometer at Halley that led to the discovery of the hole in the ozone layer. BAS scientists Joe Farman, Brian Gardiner and Jon Shanklin announced their findings in Nature in 1985, sparking rapid international action (as well as Blue Peter Badges for the team!)

The ozone hole develops as the Sun returns here at the end of winter. It occurs only over Antarctica and its surrrounds. This is because for ozone destruction to take place, not just chlorine from CFCs but also extremely cold temperatures and sunlight are essential. In temperatures of -78°C and below, very high ice clouds called polar stratospheric clouds form at the level of the ozone layer. Only on the surface of these clouds, and only with sunlight as a catalyst, can the chemical reaction that destroys ozone take place.

Ozone values started to drop around 1970, soon after CFCs came into use, and continued dropping until around 1999. Since then the situation has stabilised but we are yet to see a significant improvement. CFCs were banned in the Montreal Protocol in the late 1980s and now, slowly, their levels are dropping at the height of the ozone layer. We expect to see the ozone hole start to shrink in the near future and disappear completely before the end of the century. 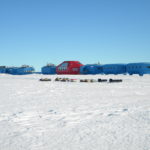 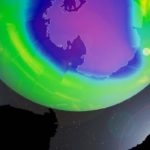 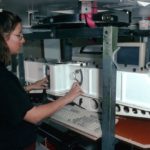 25th Anniversary of the Discovery of Ozone Hole This week British Antarctic Survey (BAS) commemorates the 25th anniversary of one of its most dramatic scientific discoveries — the ozone hole. …

Friday (16 September) is International Day for the Preservation of the Ozone Layer. This year scientists at British Antarctic Survey (BAS) commemorate their discovery of the Antarctic ‘ozone hole’ 20 …