Today (Monday 1 March 2021) the RRS James Clark Ross (JCR) makes her final call to her home port of the Falkland Islands. After 30 years of service, the JCR will be sold at the end of her 20/21 Antarctic season.

The Falkland Islands are the final stop on the ship’s five-and-a-half-month mission to deliver scientific and operational staff to Antarctica, and to resupply the UK stations in Antarctica for another year. RRS James Clark Ross’ final season has been one like no other, with COVID-19 presenting exceptional operational challenges.

For the past three decades the JCR has been a floating platform for biological, oceanographic and geophysical research. She contains some of Britain’s most advanced facilities for oceanographic research in both Antarctica and the Arctic.

Some of her scientific achievements over the past 30 include:

The JCR will depart FIPASS for the final time at 6pm on Monday 1 March and proceed down Stanley Harbour, before turning and heading out through the Narrows.

The RRS James Clark Ross was built by Swan Hunter Shipbuilders in the UK and launched by HM The Queen in 1990.

The RRS James Clark Ross will be replaced with the RRS Sir David Attenborough (SDA). The SDA was registered on the British register of ships at Stanley, Falkland Islands in December 2020, continuing the long tradition of registering British Antarctic Survey ships and aircraft in the Falkland Islands.

“The RRS James Clark Ross has been a very welcome and familiar sight across the Falkland Islands during her 30 years of service, and we are pleased to have played our role in helping support BAS in carrying out their vital work on and around the Antarctic continent. Despite the many obstacles presented by the global pandemic, the Falkland Islands Government has continued to work closely with BAS to enable their significant scientific research to continue. At a time when the world is increasingly seeking answers to questions about the impacts of climate change, warming seas and ocean acidification, it has been particularly important for these studies to progress. Although we will bid a sad farewell to the RRS James Clark Ross, we look forward to welcoming her replacement, the RRS Sir David Attenborough, on her maiden voyage into Falkland Islands waters.”

“The British Antarctic Survey has a global reputation for world-leading polar research and discovery. Since its formation in 1962, following the Falkland Islands Dependencies Survey, it has offered a permanent presence on the Antarctic Peninsula and provides robust scientific evidence on which to base decisions into the environmental sustainability of our activities; both at home and abroad. The commissioning of RRS Sir David Attenborough is a continuation of that commitment, but it comes with the departure of an old friend. The RRS James Clark Ross may be retiring, but in her three decades of service she has seen some extraordinary achievements, such as the first ever mapping of the deepest part of the South Sandwich Trench in the Southern Ocean and the unforgettable launch of the autonomous underwater vehicle named, by popular demand, Boaty McBoatface. As a seafaring nation, I know that Falkland Islanders are used to seeing vessels come and go, but those undertaking polar expeditions are a particularly welcome sight on these shores.” 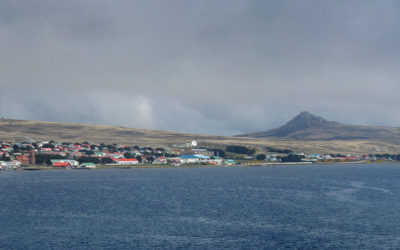 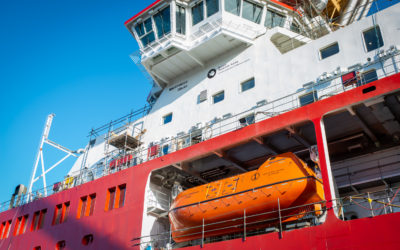