Can animals used to living in freezing waters cope with climate change? Will they survive in a warmer world?

Marine animals around Antarctica are very used to living in water around 0°C. They have been evolving in relative isolation for approximately 33.7 million years, which was when the Drake Passage opened. This led to the development of the circumpolar current, which effectively isolated marine life near the Antarctic continent from the rest of the planet, it also heralded the start of a gradual cooling process which ended up with the freezing temperatures we see today. However, this icy world is changing: the Antarctic Peninsula is currently experiencing one of the most rapid rates of regional warming on the planet and really is one of the places to study climate change in action.

The British Antarctic Survey Rothera Research Station is sited about half down the Peninsula. The temperature of the shallow waters around there varies from -1.86°C in winter up to 1°C for brief periods in the summer. This is where we have been studying the temperature limits of marine invertebrates, such as star fish and limpets, for a number of years. We now have a very good understanding of the temperature tolerances of over 20 different species, which we can use to predict their long-term temperature tolerances. In many cases this is not much above the current summer maxima.

Long-term, the most resilient species appear to be some of the molluscs, such as Yoldia eightsi and Laternula elliptica (Antarctic clam) and various star fish. The most sensitive are the soft shelled mollusc Marseniopsis mollis (often known as a sea lemon) and small scale worms, such as Barrukia cristata. We have found big differences between the temperature limits of the species studied, but we can use this information to try and understand how other related species will fare in the future and also what the ecosystem might look like in the coming years. This project contributes towards the BAS Grand Challenge of Polar Change.

We aim to predict how this freezing ecosystem might change in the future:

To achieve this, we use two main approaches:

• Experimental: to examine temperature limits of individual species
• Observational: by studying animals in their natural environment and identifying which species are found where.

We have many questions that we are working on at the moment:

• Using an experimental approach, can we identify which species are the most resilient and which are the most sensitive?
• How does thermal tolerance vary from year to year? Can we relate this to environmental factors?
• What are the mechanisms underlying resilience: why do some species cope better than others?
• Can we identify early warning signals at the cellular and molecular level? Which would help us predict which species are starting to struggle with changing conditions.
• Can we understand energetic trade-offs at the whole animal level? Even if the animal appears to be able to cope, does this affects the amount of energy it has available for reproduction or fighting disease?
• What is the effect of different stressors, such as ocean acidification or hypoxia on survival? Is the response the same for all stressors?
• Studying animals in their natural environment and cataloguing which species are found where. Do their distributions reflect habitat conditions, especially temperature?
• Can we identify the long-term thermal limits of Antarctic species by studying their range boundaries? For example if a species is not found around South Georgia, does this mean that summer temperatures which can reach 4°C are too warm for this species?
In these studies we use Antarctic species as model systems to predict how temperate animals may react to warming waters. The advantage of Antarctic species is that their responses can be studied without the confounding effects of pollution and thus any response is more likely due to temperature alone. But we do study related species in different regions of the world to understand global responses to change in the marine environment. 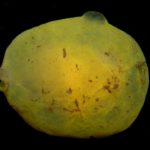 Dr Melody Clark gets excited about sea snails as part of an innovative research programme to investigate how Antarctica’s animals will adapt to life in a warmer world. Penguins or … 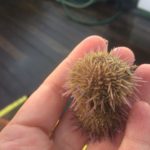 Some parents in the animal kingdom can prepare their young for environmental change, helping them cope better in new conditions, a paper published today in Nature Scientific Reports reveals. Scientists … 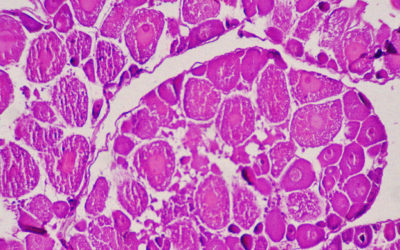 Reproduction in a changing world