For the next two weeks scientists, resource managers and policy makers representing 25 international delegations, will review current practice and consider new measures to conserve and manage marine ecosystems in the Southern Ocean. BAS marine researchers are part of the UK delegation.

Representatives from intergovernmental, environmental and industry organisations will also participate in the meetings as official observers, adding their voices to the issues under discussion.

The past year has seen many success stories including the lowest ever reports of illegal, unreported and unregulated (IUU) fishing as well as the lowest ever seabird mortality from bycatch. These successes are attributed to the development of effective management measures developed by CCAMLR using scientific evidence to inform and advise policy.

This year’s CCAMLR meetings will include a review of proposals to establish three new Marine Protected Areas – in East Antarctica, in the Weddell Sea, and in the Western Antarctic Peninsula. 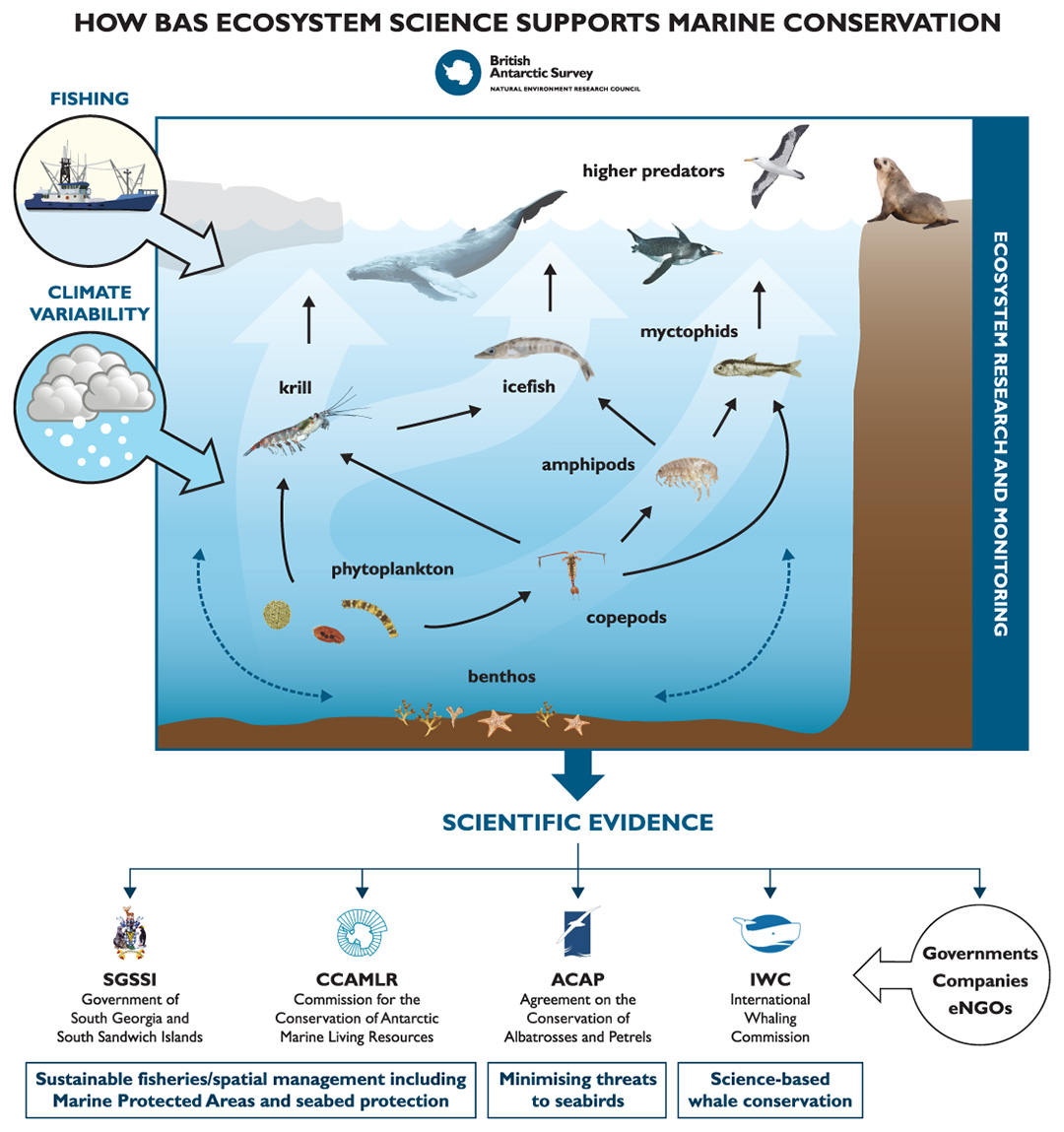