It’s four AM and I’m wide awake, staring at the deep blue and black shadows on the ceiling of my bedroom. I allow myself just this once to indulge in a feeling of melancholy combined with a sense of gratitude and appreciation for everything in my life that I’m about to leave behind. Just this once I allow myself to think about the long list of things I will miss. I must process these feelings, compartmentalise them and mentally prepare. It is my process that enables me to fully commit to what lies ahead; a field season in Antarctica. A life on the ice. 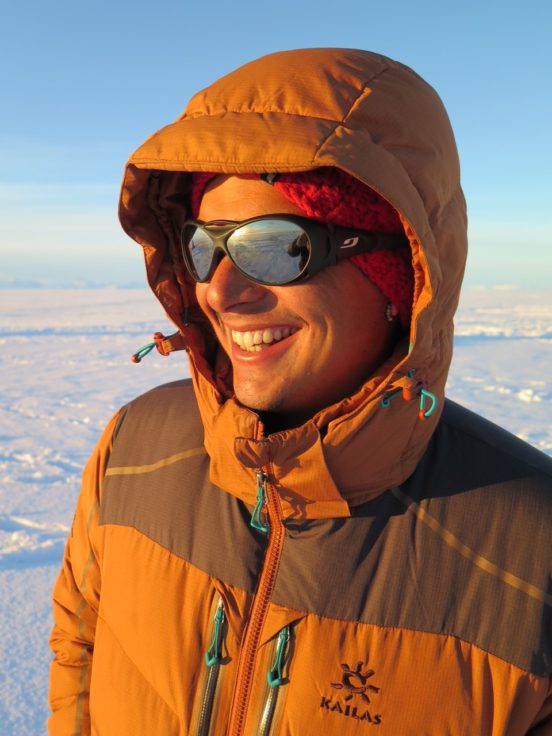 Now is the time of year when members of the British Antarctic Survey are being deployed to various locations on and around the continent; on the ice, on the oceans, in the air and on land. It’s a time of pressure, excitement and relentless activity for those involved as well as quite often some tearful goodbyes as some of the crew will not see their friends and family for eighteen months. Even within the organisation, colleagues that have become friends over the years have committed to deployments that will mean they will not see each other for several years. Such is the way of life at BAS.

The scientific research carried out by BAS is supported by a plethora of skilled people. Every individual making sacrifices and compromises in their personal lives in order to support something bigger than themselves. They effortlessly integrate to form a micro-society in one of the most remote and difficult places to live on the planet. They do this so well that life in Antarctica can sometimes feel ‘normal’. Life in Antarctica, as you would expect, is far from normal. Everyone is accountable and everyone is responsible for the success of the research carried out there and everyone is responsible for the well-being of their team mates. BAS is a people-driven organisation and is only ever as good as the attitudes the people adopt there. Fortunately, a thorough recruitment process means that the people selected feel grateful and privileged to be there, as the case should be.

So lying in my bed at four in the morning when I have finished thinking about all of the things I will miss, I selfishly disconnect myself from any feeling of sadness and focus on the tasks ahead. I will be the Traverse Group Leader for the joint BAS/AWI FISS project. This is a big project involving seven ‘deep field’ parties based on and around the Filchner Glacier to determine how a large section of the West Antarctic Ice Sheet will evolve in a warming world, with particular emphasis on its contribution to future sea level rise. As part of the project and others this year; landing aircraft on glaciers, drilling through 800m of ice, recovering NASA space balloons, sailing through the frozen Southern Oceans, scuba diving in water below freezing and walking past penguins on the way to breakfast will all be considered ‘normal’. So I look forward to working with friends and colleagues that I admire so much and being a part of the unique community that BAS is. I also look forward to the strange feeling of that vast, wild and remote continent feeling so familiar and in a way, a home. When the alarm goes off in three hours, it all begins.