We have calibrated our poleward auroral boundaries with data from the DMSP satellite. General information about the DMSP satellite mission is available here. The algorithms used to determine particle precipitation boundaries from DMSP data are outlined in Newell et al. (1991, 1996), and Sotirelis and Newell (2000).

From this calibration, we have calculated offsets for each of the three FUV cameras and for each MLT sector that should be added to our poleward auroral boundaries to improve their accuracy as a proxy measure for the OCB. These offsets are listed in the table below. Correction values for some dayside MLT sectors (for WIC and SI12) are not available as the relationship between DMSP boundaries and these IMAGE boundaries cannot be established.

Correction values for previously released versions of OCB data can be found here.

The current release for OCB boundaries is version 1.1 (released June 2010). OCB offset values for v1.1 data can be found here. 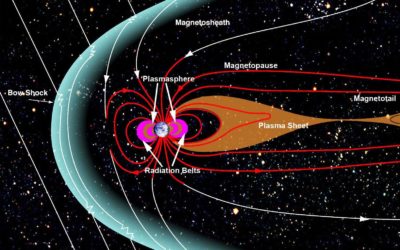