Currently, however, a paucity of baseline scientific data from the marine environment and a lack of capacity in marine and fisheries science within Ascension Island Government (AIG) are major barriers to the effective management and conservation of the Island’s marine resources. Data on the abundance, distribution and biology of endemic and commercially exploited species is particularly lacking.

Addressing these issues has been identified as a strategic priority for AIG through a Darwin Initiative-funded project (DPLUS021) to develop a National Biodiversity Action Plan (NBAP) for Ascension Island (19-026). A recent Darwin Challenge Award to SMSG/SAERI (EIDCF012) generated some much need baseline data, but was limited in time and scope. By drawing on existing expertise in marine and fisheries science from within the South Atlantic UK Overseas Territories (SAERI, BAS, SMSG), as well as the wider NGO community (Royal Society for the Protection of Birds), this project will help to fill remaining knowledge gaps and build capacity and facilities at Ascension Island that will enable the sustainable management of marine resources beyond the lifespan of the project. 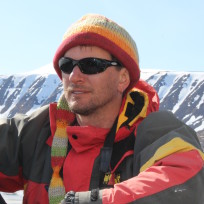