Britain’s new polar ship will depart Belfast today for its second leg of science trials. The ship has spent the past ten days sailing between Macduff and Belfast, conducting initial science trials. Beginning these science trials, the first of several taking place over the coming years, is a critical milestone in the commissioning of the ship. Prior to these science trials the vessel completed its first successful logistical season south supporting BAS’ station based operations and ice trials at English Coast.

During these trials, the team have been running tests and trials on the acoustic instruments and winch systems in shallow water. This has included successfully deploying Conductivity, Temperature, Depth (CTD) instruments, which measure properties of the ocean such as the current, temperature and the amount of salt as well as collecting water from different depths which can be analysed in the ships laboratories for different chemical properties. Seafloor sampling instruments were also successfully deployed – this included an underwater camera, which can be used to photograph creatures on the seafloor as well as a corer and sledge sampling system.

Following a crew change in Belfast, the ship will now start the second leg of science trials, familiarising the new crew with the winch systems and procedures, as well as testing the acoustic instruments in deeper water.

RRS Sir David Attenborough has state-of-the-art acoustic instruments that help researchers to visualise features in the water and seabed. For example, the ship is fitted with two multibeam echosounders – instruments which researchers use to map the seafloor – as well as instruments to identify animals in the ocean, such as schools of fish, and collect information about water currents. During the trials, the team will carry out Sea Acceptance Tests on the equipment. This involves checking they function correctly and examining the quality of the data collected.

The ship also has nine scientific winches, with a combined 61,000m of cable. These winches are used to lower and retrieve scientific instruments over the side of the ship, such as CTDs, nets and scientific corers. The trials will be used for the crew and researchers to familiarise themselves with how to use the winches safely and efficiently.

“This is a really exciting milestone for the ship, and a critical first step in the journey to getting the ship ready for science cruises. We’re looking forward to learning how to get the best out of the scientific capability of the ship.”

The ship will spend one month conducting these trials before returning to Denmark. The ship departs for Antarctica in November, returning in June 2023 to continue with more science trials. 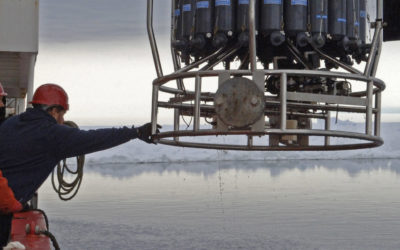 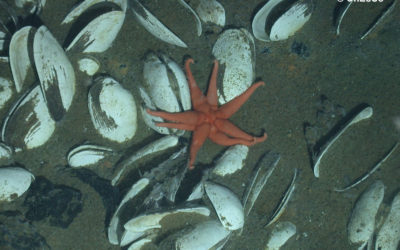 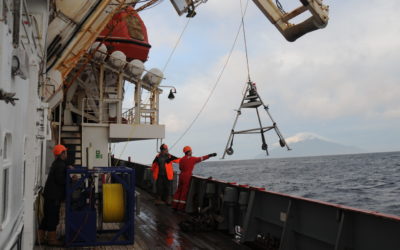 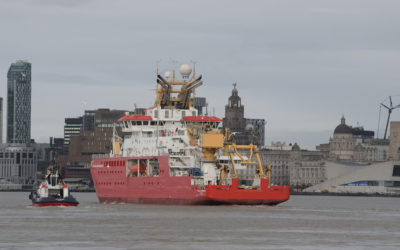