This study, led by scientists from the British Antarctic Survey, suggests that sea-ice loss in different regions of the Arctic, and of different amounts, leads to different effects on surface temperatures across Northern Hemisphere mid-latitudes.

This is important to understand, since sea ice in the Arctic is rapidly shrinking due to rising global temperatures, but where this sea-ice loss occurs varies from year-to-year, as does the amount of loss.

In the study, global climate model simulations are run with sea-ice loss imposed in either the Atlantic or Pacific sectors of the Arctic (the Barents-Kara Seas or Chukchi-Bering Seas). This is done in each case for two different amounts of sea-ice loss. In the four different cases, there are different effects on surface temperatures (cooling or warming) across parts of North America and Northern Europe. This is because sea-ice loss does two things:

The combination of these means that the total effect is different (indeed opposite in places) depending on the region and amount of ice loss. 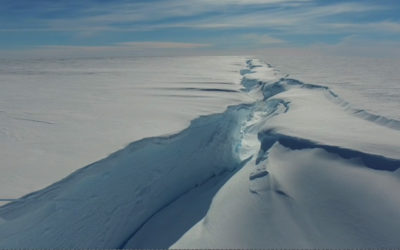