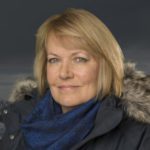 Professor Dame Jane Francis has spent many years researching geology in the polar regions and has been deeply involved with the Antarctic Treaty – a unique international agreement which protects the world’s largest and most pristine wilderness. Prof Francis specialises in the study of fossil plants, especially woods, and their use as tools for climate interpretation and information about past biodiversity. In 2017 she was appointed Dame Commander of the Most Distinguished Order of Saint Michael and Saint George (DCMG) in recognition of services to UK polar science and diplomacy. She became Chancellor of the University of Leeds in 2018. In 2020, Francis Peak on Adelaide Island Antarctica was named after her. 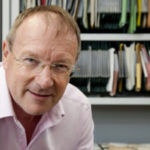 Professor Richard Horne leads ongoing research into modelling the acceleration, transport and loss of radiation belt electrons to protect satellites from space weather as Principle Investigator of the Rad-Sat project. He led the EU-funded SPACECAST project to develop a space weather forecasting system for satellites and showed that including wave-particle interactions improves the forecast of space weather impacts significantly. Richard also led the EU SPACESTORM project and showed that the risk to satellites by the space environment is much higher than previously thought. Richard received the Appleton Prize and the Kristian Birkeland Medal in 2020 for his work on improving space weather predictions.

Professor Dame Jane Francis and Professor Richard Horne join 60 outstanding scientists from all over the globe who have joined the Royal Society as Fellows and Foreign Members.

“This is the first year of my presidency at the Royal Society and I’ve been very much looking forward to welcoming the newly elected Fellows and Foreign Members.

“The global pandemic has demonstrated the continuing importance of scientific thinking and collaboration across borders. Each Fellow and Foreign Member bring their area of scientific expertise to the Royal Society and when combined, this expertise supports the use of science for the benefit of humanity.

“Our new Fellows and Foreign Members are all at the forefronts of their fields from molecular genetics and cancer research to tropical open ecosystems and radar technology. It is an absolute pleasure and honour to have them join us.”

“Dame Jane Francis and Professor Richard Horne are first class scientists, and their fellowships are thoroughly deserved. Jane as the Director of the British Antarctic Survey and Richard as its Head of Space Weather are extraordinary leaders in their field. I’d like to wish them my congratulations.”

We also congratulate Prof Karen Heywood FRS at University of East Anglia, who is a leading figure in polar oceanography, and Professor Iain Boyd FRS, whose studied Antarctic seals during his early career at BAS. Please join us in congratulating the distinguished group who have been elected to the Royal Society today. Read the Royal Society announcement in full here.