The Intergovernmental Panel on Climate Change (IPCC) has selected Professor Mike Meredith from British Antarctic Survey (BAS) to be a coordinating lead author for a Special Report on the Ocean and Cryosphere in a Changing Climate (SROCC).  The report will draw on the expertise of 100 scientists from 41 countries, and is scheduled to be finalised in September 2019.

The IPCC received a total of 569 nominations from 57 member countries. The selection process for Coordinating Lead Authors, Lead Authors and Review Editors was conducted by members of the IPCC Working Group I and II Bureaus and led by the Co-Chairs.

Professor Mike Meredith, who heads up the Polar Oceans team at BAS, will be a Coordinating Lead Author. He says:

“I’m honoured to have been selected for this unique and important role. The oceans and cryosphere exert an enormous influence right across Planet Earth, and impact on the lives and livelihoods of all its inhabitants. It’s essential that we draw together a state-of-the-art overview of how they function and how they are changing, so that policymakers and the public can be given the best possible advice concerning what the future may bring.”

“This Special Report is unique in IPCC history and reflects the increasing awareness of how important and at the same time how fragile the ocean is as a life-sustaining unit of our planet. The ocean offers many services to ecosystems and humankind, from climate regulation to food supply. At the same time, ocean-cryosphere-atmosphere interactions will shape sea-level rise as a major challenge to human civilization.” Working Group II assesses climate change impacts, adaptation and vulnerability.

“As an IPCC Special Report focused on two Earth systems which together cover the majority of the planet’s surface and which affect the majority of the global population, a diverse and skilled author team is critical in ensuring a report of the highest policy relevance.”

“The IPCC looks forward to working with experts from around the world on this important topic that impacts billions of people, from the high mountains and polar regions to the coasts,” said IPCC Vice-Chair Ko Barrett, who chaired the scientific steering committee for the scoping meeting that drafted the outline of the Special Report.

Of the selected experts, 86 are Coordinating Lead Authors and Lead Authors who have the collective responsibility for the contents their assigned chapters in the report. 15 of the experts are Review Editors who will ensure that all substantive comments during the review stages are given appropriate consideration by the Authors. 36% of the selected experts come from developing countries and countries with economies in transition, and 64% are from developed countries. 74% of the selected are new to the the IPCC process. 31% of them are women and 69% men.

What is the IPCC?

The Intergovernmental Panel on Climate Change (IPCC) is the United Nations body for assessing the science related to climate change. It was established by the United Nations Environment Programme (UN Environment) and the World Meteorological Organization (WMO) in 1988 to provide policymakers with regular scientific assessments concerning climate change, its implications and risks, as well as to put forward adaptation and mitigation strategies. It has 195 member states.

IPCC assessments provide governments, at all levels, with scientific information that they can use to develop climate policies. IPCC assessments are a key input into the international negotiations to tackle climate change. IPCC reports are drafted and reviewed in several stages, thus guaranteeing objectivity and transparency.

The IPCC assesses the thousands of scientific papers published each year to tell policymakers what we know and don’t know about the risks related to climate change. The IPCC identifies where there is agreement in the scientific community, where there are differences of opinion, and where further research is needed. It does not conduct its own research.

To produce its reports, the IPCC mobilizes hundreds of scientists. These scientists and officials are drawn from diverse backgrounds. Only a dozen permanent staff work in the IPCC’s Secretariat.

IPCC Assessment Reports consist of contributions from each of the three working groups and a Synthesis Report. Special Reports undertake an assessment of cross-disciplinary issues that span more than one working group and are shorter and more focused than the main assessments.

The first of these special reports, to be finalized in September 2018, is Global Warming of 1.5°C, an IPCC special report on the impacts of global warming of 1.5°C above pre-industrial levels and related global greenhouse gas emission pathways, in the context of strengthening the global response to the threat of climate change, sustainable development, and efforts to eradicate poverty.

The Methodology Report, entitled 2019 Refinement to the 2006 IPCC Guidelines for National Greenhouse Gas Inventories, will be delivered in May 2019.

The Special Report on the Ocean and Cryosphere in a Changing Climate will be delivered in September 2019. It is being prepared under the joint scientific leadership of IPCC Working Groups I and II, with support from the Working Group II Technical Support Unit.

The IPCC will approve the outlines of AR6 in September 2017. The three working contributions will be released in 2021 and the Synthesis Report in April 2022. 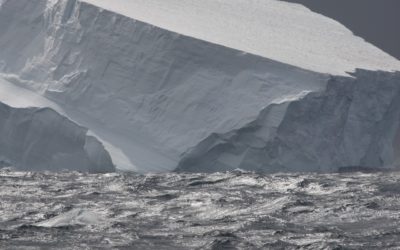