Captain John Harper retires this month after a long and successful career at British Antarctic Survey (BAS). In fact, with an incredible 42 years of service, Captain Harper is the longest ever serving member of maritime staff at BAS.

John joined in 1980 as an Able Seaman, and rose through the ranks to become Chief Officer of the BAS ship RRS Ernest Shackleton in 1998, and Master in 2004, where he remained at the helm for 14 years. Most recently, John worked on the RRS Sir David Attenborough as Trials Captain.

John’s distinguished record has not gone unnoticed; he was awarded the Polar Medal in 1998, and a Second Clasp in 2019. In 2010 he was also awarded the Merchant Navy Medal for ‘services to polar exploration, especially in ice navigation and pilotage.’

As one of the world’s most experienced polar mariners, John is a highly respected authority on matters relating to operating ships in polar waters. As well as working closely with the Royal Navy to offer advice and support, he wrote a guide to ship navigation in ice to help Captains and Deck Officers undertaking navigation courses. The guide highlights the dangers of ice navigation and explains how to deal with different ice conditions. In the guide, John states that ‘ice navigators are not made in classrooms…only the experience of working in ice over many years will achieve this’ and reflects his commitment. Many of the people he trained are now Masters of the RRS Sir David Attenborough.

Colleagues describe John as an outstanding Captain and leader, with a talent for building strong, cohesive teams. He’s been an incredible mentor to his crew and has always given people opportunities to gain experience and develop their confidence.

Over the years, John’s expertise has been called upon to deliver several critical and high-profile projects:

Remote coastal deployments – with the 2012 iSTAR project operating around the remote Pine Island Glacier, John set the standard for offloading heavy logistics in remote coastal locations. This was the first time BAS deployed its heavy tractor traverse capability. It was largely down to John’s enthusiasm, confidence and skills that the offload went ahead. There were doubts about the weather, the sea ice and the availability of suitable landing sites, but John persevered to ensure the drop was a success. His leadership meant everyone pulled together to make it happen, and everyone on board was proud to be part of the project.

Relocating the Halley Research Station – in 2016/17 this relocation of the station required three ship calls within a single season. An earlier-than-normal arrival at the station meant dealing with more ice and less paths through the ice but John’s skill and knowledge in reading the ice got the ship to the ice shelf on schedule. The late-season visit was even more of a challenge with ice re-freezing and the risk of the ship getting stuck. It took exceptional judgement to get the ship that far South at that point in the season, but John’s expertise and tenacity made it happen.

Construction of the Rothera wharf – the 2018/19 season saw the start of the new wharf project. John’s expertise of the local seafloor and ocean conditions was called upon to plan the mission, and as Captain of the RRS Ernest Shackleton, John broke ice and found safe passage to lead a chartered ship into Rothera. He then assisted in mooring the cargo ship – the largest ship to have ever moored at Rothera.

Although these are just some highlights of John’s illustrious career, it’s clear that John has been an invaluable asset for polar research. BAS is so grateful to John for his years of service, and wish him all the best for his retirement. 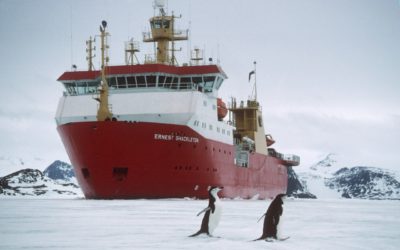 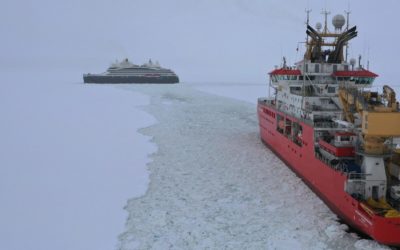 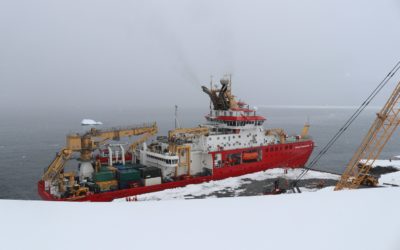 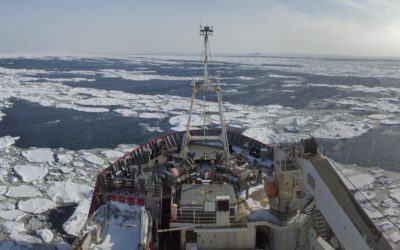