The ship was built by Kverner Klevin Leirvik A/S, Norway for Rieber Shipping of Bergen, and launched in 1995 as the RV Polar Queen. She was acquired by BAS in Aug 1999 under a long-term charter arrangement and registered in the Falkland Island on 30 Sep 1999. Her maiden voyage with BAS took place during the 1999/00 field season. Her renaming as the RRS Ernest Shackleton by Alexandra Shackleton took place on 13 May 2000. 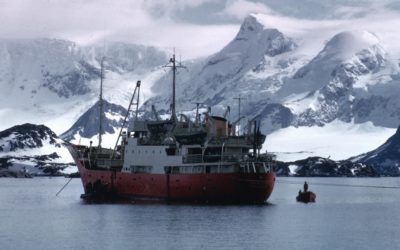