Why are wandering albatross populations declining?

Wandering albatrosses are magnificent aviators famously known for having the largest wingspan of any flying bird, but in recent decades their life on the high seas has become more hazardous.  In total, 21 out of the 22 albatross species are classified as globally threatened, and two as Critically Endangered, according to the World Conservation Union (IUCN) Red List. The main threat faced by wandering albatrosses is bycatch in fisheries, where the birds are accidentally caught in fishing gear.

Albatrosses are opportunistic surface feeders who prey mainly on squid and fish. These ocean giants are often attracted by the prospect of an easy meal of fish discards and baited hooks from long-line fishing vessels and trawlers, resulting in the death of tens of thousands of albatrosses every year. The main cause of death or injury is when they scavenge on baited long-line hooks or collide with trawler cables.

With support from my fellow winterers at Bird Island Research Station, I have been conducting fieldwork for a Darwin Plus funded research project, in partnership with BirdLife International. The ‘Bycatch risk of wandering albatrosses from radar detection’ project has been working to link habitat preference, at-sea activity patterns and detections from novel bird-borne radars. The project aims to quantify interactions of tracked wandering albatrosses with legal and Illegal, Unreported and Unregulated (IUU) fishing vessels.  Along with focussing on breeding adults during chick rearing, the project is also investigating where adults taking a year off from breeding, and adults not yet breeding go to find food.

The three stages of breeding are termed incubation, brood guard and post guard. Post guard is the phase of chick rearing where the chicks are left unattended on the nest and only visited by the parents for feeding. During the austral winter months of July and August the wandering albatross parents undertake foraging trips averaging 9 days to gather enough food for their ever-growing chicks.  These months are also when fishing activities peak both in national waters and the high seas areas used by the birds. Tracking behaviour at different stages in the breeding cycle will enable us to clearly identify areas and periods of highest susceptibility to bycatch for different life-history classes (age, sex, breeding status) of wandering albatrosses.

How are the team on Bird Island helping?

This winter on Bird Island we have deployed 30 sets of devices (a GPS-radar, accelerometer and an immersion logger) on breeding adults. The resulting data are providing unprecedented detail not only on the foraging areas of each individual, but also where and for how long they interact with vessels.  We can even tell the names of many of the vessels by comparing their movements (using satellite-AIS signal monitoring by Global Fishing Watch with the radar detections provided by the birds.

Trip duration can range from a few days to a few weeks, but two of the tagged birds took a whole month to gather food for their chicks! Different areas of ocean have been utilised by different birds, some not straying far from South Georgia while others travelled as far as the Brazilian coast – 3000km away. The time spent on land to breed is minimal when compared to entire life of an albatross. With this new instrument deployment, we have been able to gain further insight into their life at sea which will inform future conservation efforts. 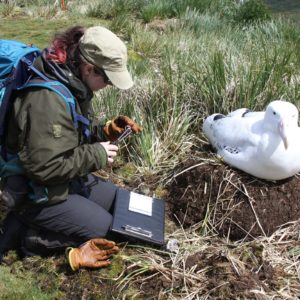 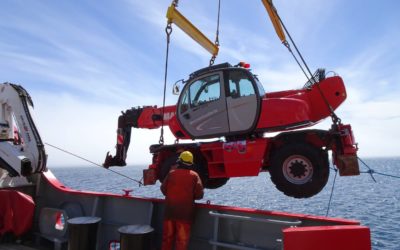 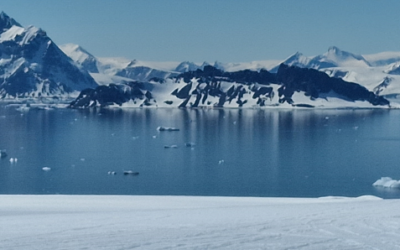 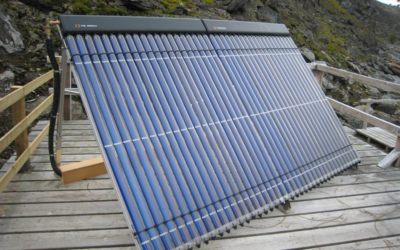 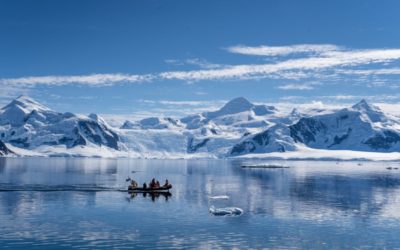