Our journey to the Antarctic Polar Plateau, where we will be spending the next few weeks as part of the ISOL-ICE research project, began on 7 December. We boarded a Ministry of Defence (MoD) flight from the UK to the Falkland Islands, stopping over in Ascension Island for a couple of hours to refuel.

On arrival in the Falklands we boarded the RRS Ernest Shackleton, which would become our home for the next 10 days. Within two days of sailing we crossed the Antarctic circle and arrived at Signy research station to drop off personnel and supplies for the summer. Bruce, the resident elephant seal, warmly wished us farewell and after an efficient station relief of only a few hours we were on our way south again, bound for Halley VI research station.

Almost immediately, we spotted our first iceberg. Shortly after came the first whale sighting. The RRS Ernest Shackleton is an ice strengthened ship, allowing it to break through the sea ice. As we venture further south, the ice floes get denser. The days are getting longer. Soon there will be no night.

At last we have found our sea legs! After a few wobbly days, the first two members of the ISOL-ICE field party, Becky Tuckwell and I (Holly Winton), are on our way to the Antarctic Polar Plateau.

ISOL-ICE (Isotopic Constraints on Past Ozone Layer in Polar Ice) is a NERC-funded project which aims to investigate ozone variability over the last 1000 years using ice cores, in situ atmospheric measurements, isotopes of nitrate as a proxy of ultraviolet radiation (UV) and numerical models. The ozone layer shields land-based life forms from harmful UV radiation. Although it is well known that the recent destruction of the ozone layer was caused by man-made halocarbons released to the atmosphere, natural impacts of the ozone layer are less understood. We began monitoring the ozone layer in the early 20th century but before that little information existed on the natural variability of the ozone layer.

Nitrate isotopes have been shown to act as a proxy for UV radiation in snow and ice samples recovered from high elevation, low snow accumulation sites. This is the reason why we have to travel so far south to the Polar Plateau.

The personnel on the voyage is made up of the ship’s crew (around 20 people) and Halley summer staff (mechanics, vehicle operators, a data manager, and an atmospheric chemist) all heading to Halley Station for the 2016-2017 summer field season. The Shackleton also carries fuel, food and other crucial station supplies required to survive the summer in such an isolated and harsh environment. In addition, we have 2.5 tons of science cargo for the ISOL-ICE project. This is made up of specialised ice core drilling equipment, aerosol and snow sampling gear and atmospheric instruments to measure nitrogen oxides, turbulent flux and down welling irradiance.

When arrive into Halley, we will meet the third member of the field party, Markus Frey (PI), and our small team and cargo will be flown 500 km inland to our field site on the high-elevation Polar Plateau. We will be based out of the summer-only German research station called Kohnen, at an elevation of 2,800 m above sea level. In total, it will take around 3 weeks to travel from the UK to Kohnen Station by a variety of methods – bus, MoD aircraft, ice breaking vessel, snow tractor and Twin Otter aircraft. Then, we can start our science! 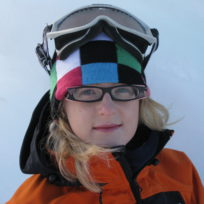 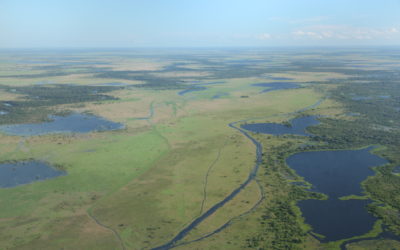 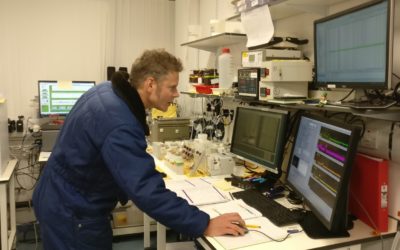