In January 2019 a science and engineering team drilled over two kilometres through the ice sheet in West Antarctica using hot water.  It was the first time they had done this successfully.

Mike Dinn, BAS senior logistics and operational planner, has been planning and overseeing preparations for this challenging project since it was first funded 20 years ago.

Getting ready for action

The BEAMISH project was one of the first BAS deep field projects deployed during the 2018-19 season.  Getting ready for action involved delivering 45 tonnes of science & field equipment, as well as aviation fuel, by BAS tractor traverse during the 2017-18 Antarctic field season. Previous year’s activity by traverse & air operations had seen even more fuel delivered into site.

By early November 2018 the initial field party had set up camp with the first 6 loads of science and field equipment that were deployed by Twin Otter to the BEAMISH site.  The DASH 7 had delivered much of this cargo to Sky Blu. This represented just the last few final pieces of what had been an enormous quantity of pre-delivered fuel and field equipment.

On the 17th November, science project leader Dr Andy Smith arrived on site.   He and the 11-person team would spend weeks working on the Rutford Ice Stream in freezing temperatures at low as minus 30 degrees Celsius. On Tuesday 8 January, following a 63 hour continuous round-the-clock drilling operation, the team broke through to the sediment 2152 metres below the surface.

In the period up to Christmas weather had been truly atrocious, the team had to dig the massive drill system out of its drifted burial and raise it to the surface a number of times. They battled a number of technical issues throughout the set up and preparation, and final equipment only arrived at Rothera on December 6th on the RRS Ernest Shackleton.  Equipment was still arriving on site through to the middle of December.

The team finally ran the system reaching bed on the 9th January following 72 hrs of drilling and instrument deployment. This was quite a momentous event, given the project was first funded 20 years ago; and BAS has actively kept a cache of fuel and equipment at this drill site over a period of about 15 yrs.  A second drill hole was completed on the 24th January.

The long haul continues with one further hole to be drilled at the new upstream site about 1 – 2 kms away from the first. Having the Kassbohrer Pisten Bully tractor to move the system and support aspects of the drilling has been a real benefit compared to the first attempt to drill to bed of the Rutford Ice Stream in 2005-6  season. 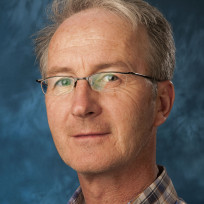 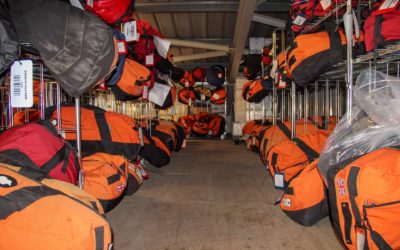 Blog: The artistry of Antarctic logistics