Cyclones are an important component of Antarctic climate variability, yet quantifying their impact on the polar environment is challenging. We assess how cyclones which pass through the Bellingshausen Sea affect snowfall over Ellsworth Land, West Antarctica, where we have two ice core records. We use a novel machine learning technique to group cyclones differing by their pathways. The annual frequency of cyclones associated with cyclones which generally originate from lower latitudes over the South Pacific Ocean is significantly correlated with annual snowfall, with the highest seasonal correlations found during autumn. While significant increases in water vapor over the South Pacific Ocean coincide with this same group of cyclones, we find no indication that this has led to an increase in the transport of moisture into, nor accumulation over, Ellsworth Land over this short time period.

The paper can be downloaded from here 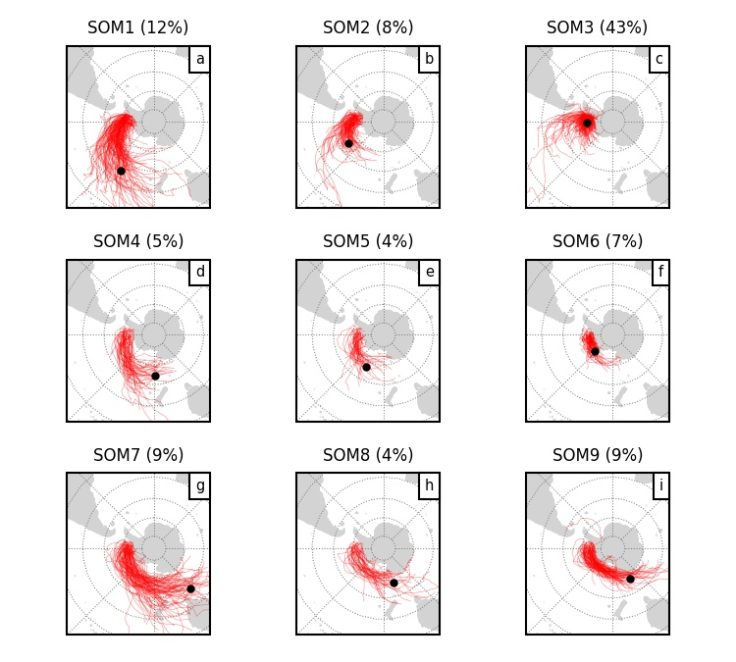 Nine different groups of cyclone pathways which all pass through the Bellingshausen Sea box. We use a 3 × 3 matrix self‐organizing map (SOM) to differentiate between 5134 cyclone images. To aid visualization, we show one in every four tracks (red lines). The median cyclogenesis locations of all cyclones associated with each SOM node are shown (black dots), while the frequency of occurrence is shown as a percentage at the top of each panel. 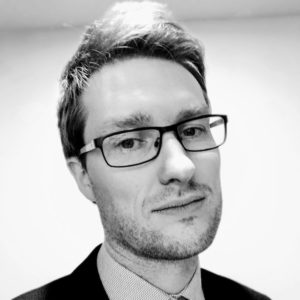 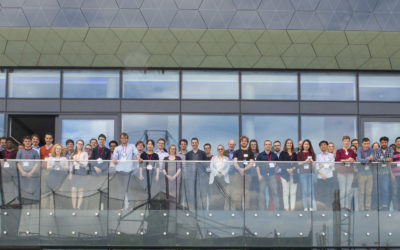 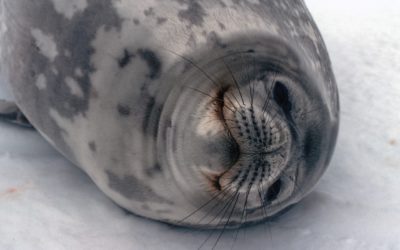 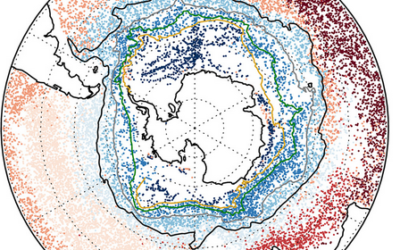 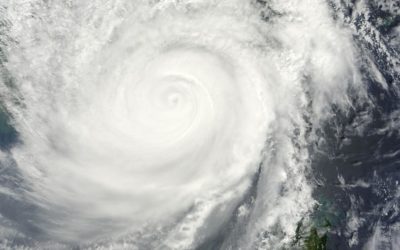 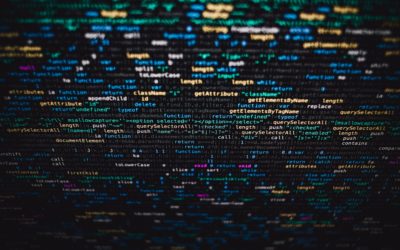 How can machine learning techniques improve our understanding of climate change risks in the future?