Welcome to the new Antarctic Digital Database (ADD) blog series, updating our users about each update of the datasets in the ADD and about other pieces of work happening in the project.

The SCAR Antarctic Digital Database is updated every six months and the latest datasets have just been released for version 7.4. It is important to continuously update Antarctic data, as the continent is a constantly changing environment. New information and datasets are also being published by the Antarctic science community all of the time and we need to make the most of these new sources, to keep our data accurate and up to date.

Version 7.4 consists primarily of changes to the coastline datasets. There have been a fair few iceberg calving events in the past 6 months and so the coastline has to be redrawn to display these changes. The calving of a large berg, named A74 by the US National Ice Center, from the Brunt Ice Shelf was perhaps the most noticeable change in recent months. The berg was ~1280 km2 and changed the ice shelf shape dramatically, as shown in the image below. It is important to make changes such as this to the dataset, to aid scientific and operational work in the region. 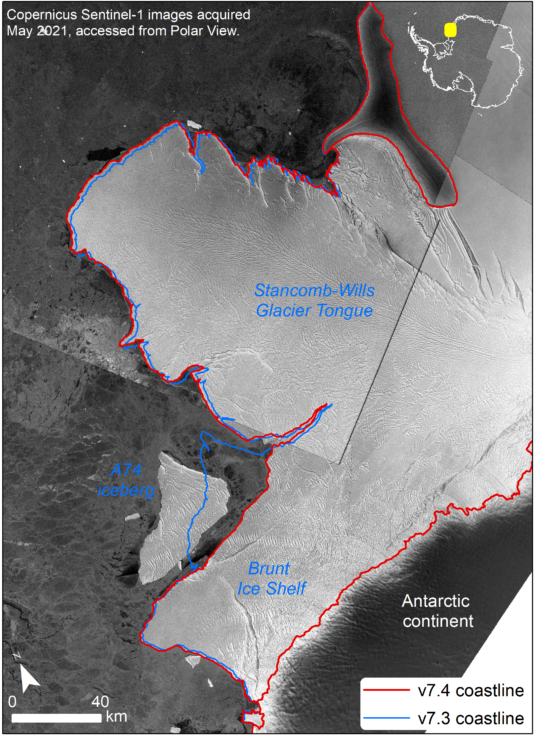 Other changes to the coastline were made to a large section of ice shelves and ice coastline between Gipps Ice Rise in Larsen C Ice Shelf and Ronne Ice Shelf, a region where a few icebergs have calved a in recent months. One feature has also disappeared along here – Tharp Ice Rise was a feature previously seen in the Larsen Ice Shelf between Butler Island and Kemp Peninsula. Ice rises are bumps or ‘rises’ in an ice shelf, caused when the thick ice shelf touches a high-point on the seabed below. However, as the ice shelf has retreated in the area, the ice rise can no longer be seen in satellite imagery. This is likely because the feature never actually protruded above sea level, but it would have made a rise in the ice shelf which once covered the location. 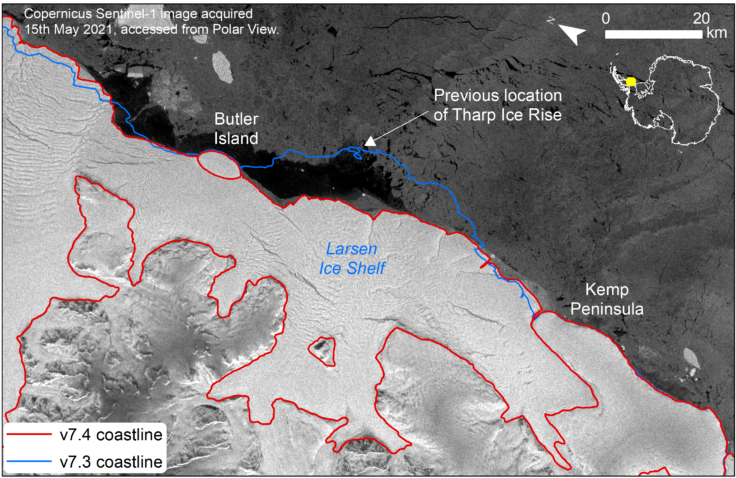 Another region that was updated was around Pine Island Glacier. This glacier is a well-studied and fast-changing feature which has retreated substantially in recent years. It constantly grows and retreats as ice flows out from the continent and then calves, and this update was made to cover recent changes. The grounding line for this glacier was also updated. Grounding lines all around Antarctica can change over time, as the ice fronts change. They are generally moving further inland and this is something that scientists are monitoring closely in areas close to Pine Island, such as on the Thwaites Glacier to the west of Pine Island.

Further updates were also carried out to other sections of the coastline including Börgen Bay on Anvers Island, the whole of Adelaide Island, Stange Ice Shelf fronts, West Ice Shelf and some islands in the ice shelf, and the grounding line for Clemence Massif in Amery Ice Shelf. Each section of coastline that gets updated is attributed with the date of update as well as the source and date of the data. These attributes are alongside further attributes telling the user what the coastline actually represents – ‘ice coastline’, ‘rock coastline’, ‘grounding line’ or ‘ice shelf front’.

Check back on the ADD Project Page to see regular blog posts detailing further changes we make to the ADD data. The ADD is much more than just the coastline data and in forthcoming releases we will be providing updates to the rock outcrop dataset, coastlines, streams and lakes. The next release is planned for November 2021 and if you have any comments or suggestions for this release or the ADD in general, please contact us using the feedback button in the web viewer or by emailing [email protected]. 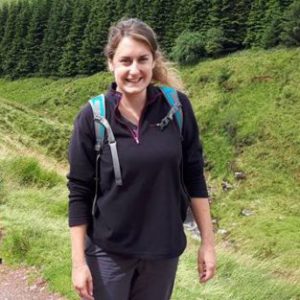