The southern lights, or aurora australis, are one of nature’s light-shows in the night sky. They are often seen from Halley Research Station, but less often from Rothera and much less often from South Georgia.

The aurora is created when charged particles from disturbances on the Sun interact with the Earth’s magnetosphere. High energy particles then cascade into the highest parts of the Earth’s atmosphere, ionising gasses and creating a glow much as in a neon advertising sign. Particles with different energies ionise different gasses and hence create different colours to the aurora. 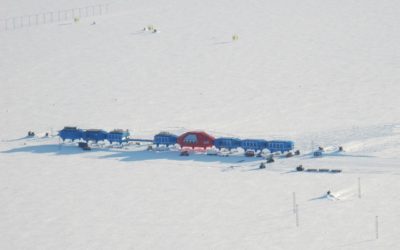