Antarctica is a remarkable continent – remote, hostile and uninhabited.  This frozen continent is key to understanding how our world works, and our impact upon it. Antarctica is important for science because of its profound effect on the Earth’s climate and ocean systems.  Locked in its four kilometre-thick ice sheet is a unique record of what our planet’s climate was like over the past one million years.

Antarctic science has also revealed much about the impact of human activity on the natural world. The discovery in 1985 by scientists at British Antarctic Survey (BAS) of the hole in the ozone layer above Antarctica revealed the damage done to the Earth’s atmosphere by man-made chemicals.

As well as being the world’s most important natural laboratory, the Antarctic is a place of great beauty and wonder. Its frozen wastes have fired the public imagination for generations, and around 30,000 tourists now visit the Antarctic each year to experience what life is like in the Earth’s last great wilderness. However, Antarctica is fragile and increasingly vulnerable.

The UK has been a world leader in Antarctic science and exploration for more than two centuries. As the UK’s national Antarctic operator, BAS has been responsible for most of the UK’s scientific research in Antarctica for the past 60 years. BAS now operates five research stations, two Royal Research Ships and five aircraft in and around Antarctica.

As well as conducting globally important science, BAS helps protect Antarctica’s pristine environment. It fulfils this stewardship role by working to the highest environmental standards in all its operations and by playing a leading role in the Antarctic Treaty – the world’s most successful international agreement. The UK was the first nation to sign the Treaty’s Protocol on Environmental Protection, which commits Treaty parties to the environmental protection of Antarctica – a continent that few of us will ever visit, but on whose continued health we all depend. 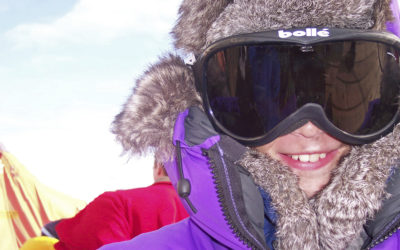