How do animals survive in the freezing seas of Antarctica? Although Antarctic fish have evolved over millions of years to keep working at such low temperatures, we still do not know very much about how they do this, especially at the molecular level of proteins.

Proteins are the building blocks of life, underpinning fundamental processes in all living organisms. However to work properly, all proteins have to fold into very specific 3D structures and the optimal temperature at which proteins work varies according to species and the conditions they inhabit. Proteins are more difficult to fold in both very hot and very cold environments, but animals in these areas have evolved proteins that are often better adapted to working at these “difficult” temperatures. So although we know that temperatures around 0ºC cause problems for protein folding, the big questions are:

Understanding how the proteins have been modified to work in the cold has great biotechnology interest. For example, they are seen as environmentally friendly, providing low energy solutions to industrial processes (the classic example is low temperature biological washing powers). However, exploitation of cold adapted proteins, to date, is limited. There is a gap in our knowledge as to how proteins have been adapted to function in the cold and therefore how we may modify commonly used proteins to work more efficiently at lower temperatures, or, indeed utilise novel previously undiscovered proteins.

This project addresses the BAS Grand Challenges of Polar Change and also with the emphasis in the project on use of the latest sequencing technologies and network modelling, that of the Challenge of Polar Frontiers.

Our aims are to: 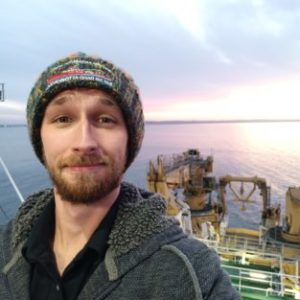