The HEXPLORES project aims to explore for active hydrothermal vents in the Red Sea Rift. Although the Red Sea Rift hosts the world’s largest submarine metalliferous sulphide deposit, no active hydrothermal systems have been localized in the Red Sea Rift. In autumn 2023, a team of international marine scientists under the lead of GEOMAR PI Dr Nico Augustin will investigate the Red Sea Rift within the Saudi Arabian exclusive economic zone onboard the German RV Meteor during expedition M194. We propose to explore these regions for active hot hydrothermal venting and our aim is to find an active vent site, to determine the nature of its host rocks, mineral deposits, fluids and ecosystems using Remotely Operated Vehicles (ROVs).

Katrin Linse from the British Antarctic Survey will be coordinating the macro- and megafaunal studies based on her previous expertise in hydrothermal vent biodiversity. To date biological research in the Red Sea has been focusing around the unique coral reef habitats and pelagic, while studies on the deep-sea benthic fauna are scarce. Compared to the global deep-sea habitats (average T 2-4ºC), the deep Red Sea is unique with average temperatures of ~20ºC and a shallow sill at its southern end, excluding the global circulation of cold deep waters and with that inhibiting the dispersal of deep-water benthic larvae into the deep sea. First megafaunal, hydrothermal cold seep assemblages were described from the Thuwal Seeps and Kebrit brine pool in 2012, and bivalves from the rim of the Valdivia Deep brine pool were described in 2014. Inactive sulfur chimneys at the brine pool rim were sampled in 2012 and these hosted species of cnidarians, gastropods and polychaetes, which are often or entirely associated with chemosynthetic environments.  These records, especially those of the cocculinid gastropod specimens from the chimneys’ interiors, could be interpreted as members of a Red Sea hydrothermal vent fauna, which are still present on a currently inactive chimney.

During this expedition we want to answer “What is the fauna occurring at hydrothermal vent fields in the Red Sea?” So far undiscovered chemosynthetic communities at RSR hydrothermal vents may be endemic and thus unique. As the Red Sea has only one, narrow connection to the Indian Ocean it may play a key role in understanding the evolution and migration of species to and between hydrothermal vents of the global oceans. In addition, the Red Sea bottom water is saltier and 10x warmer than at other oceans, requiring adaption of deep-sea organisms related to the global deep-sea fauna. Photographic surveys by ROV will yield habitat maps of chemosynthetic ecosystems aligned with photogrammetric models. Selected macro- and megafaunal specimens and microorganisms (in water and on rocks/macro-and megafauna) will be sampled by ROV for molecular genetic and morphological studies.

The Exploration and Investigation of New Hydrothermal Vent Sites in Relation to Recent Volcanism in the Red Sea Rift. After the discovery of a hydrothermal vent field(s) we will study this directly by ROV in order to address the following scientific questions and hypotheses: 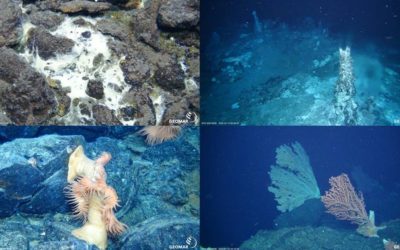 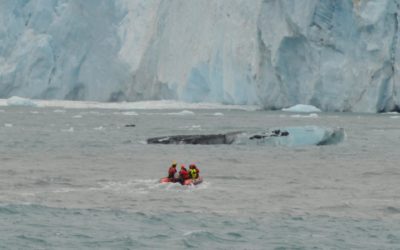 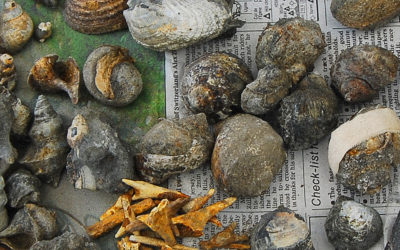