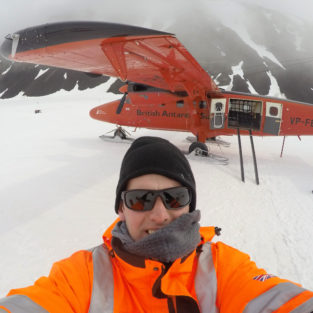 Dan is the Operations Coordinator for the BAS Air Unit, based at BAS HQ in Cambridge. His job is to support the delivery of the British Antarctic Survey’s science programme in polar and non-polar regions from a flight operations perspective.  The BAS Air Unit operate a fleet of four Twin Otter and one Dash-7 aircraft which fulfil roles in scientific research, logistics support and personnel transport.

He ensures that aircraft are in the right place at the time, with all the permissions and logistics support needed, to ensure airborne science campaigns are successful. Flights Operations support takes place either from Cambridge, or from field locations as required by the project.

He manages and co-ordinates the southbound (Canada to Antarctica) and northbound (Antarctic to Canada) ferry flights, and trans-Atlantic flights when the Twin Otters deploy to Europe.

Dan also provides Crew Resource Management Training for scientists who will be joining airborne science campaigns for the first time.

February – March 2018. Iceland-Greenland Seas Project. Deployed with Twin Otter VP-FAZ to Akureyri in Iceland to run the air operations elements of this significant, international collaborative project. I worked closely with the Icelandic authorities, airport operators, airlines, collaborators (incl. Icelandic Met Office, University of East Anglia, University of Toronoto, University of Bergen, University of Akureyri (who hosted the science team)) and project members from a wide range of countries. My role on the project also involved coordination with media teams (including a documentary film crew from France 5), the British Ambassador to Iceland, and as a Crew Resource Management (CRM) instructor for scientists flying during the project. 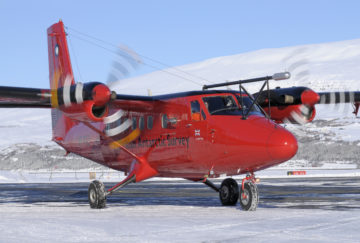