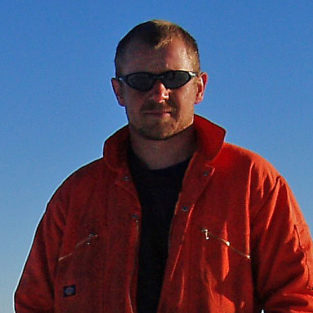 Ben Norrish, originally from Devon with a farming background, joined BAS back in 2001 as Mobile Plant Technician signing up to spend 32 months in Antarctica at Halley.

Having served his four-year apprenticeship as an agricultural engineer then going self-employed in Devon, started looking for a bit of excitement, and maybe a career change. Ben then joined the 2nd Battalion of the Parachute Regiment taking him to both hot and cold climates all round the world.

Ben took up the post of Vehicles Engineer on his return from wintering at Halley station in May 2005 and looks after the employment of mechanics, vehicle purchasing and assists with the vehicle refurbishment in Cambridge.