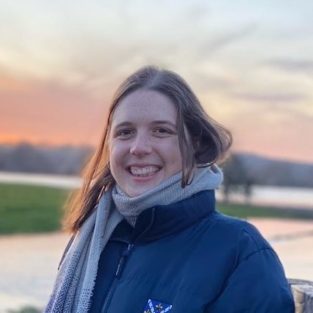 I am a PhD student in the Atmosphere, Ice and Climate team at BAS. I am with the ARIES DTP and am also part of the School of Environmental Science at the University of East Anglia.

My PhD project focuses on reactive nitrogen species (HONO, NOx and NO3-) in polar environments. The aims are to measure nitrous acid gas (HONO) concentrations in and above snow and also identify the key formation and loss processes of these nitrogen species using isotopic techniques. Measurements of HONO in the polar boundary layer and snowpack interstitial air suggest a photolytic snowpack source but the exact mechanism for HONO production is poorly understood. Reactive nitrogen species such as NOx and HONO affect concentrations of ozone (O3), a pollutant and greenhouse gas, and the hydroxyl radical (OH), which is responsible for the removal of many other atmospheric pollutants including methane. Since up to 40 % of the Earth’s land surface is covered seasonally by snow or ice, release of these species can have a significant impact.

My approach is to use a LOng Path Absorption Photometer (LOPAP) to accurately measure HONO production from the snowpack on fieldwork at the CASLab, Halley, from snow samples irradiated in the laboratory, and above sea ice at the Roland Von Glasow Air-Sea-Ice Chamber. HONO and nitrate will also be collected for isotopic analysis during these measurements to investigate their sources and sinks further. These findings will extend our understanding of the atmospheric budgets of reactive nitrogen and HOx above snow-covered regions.