What lies beneath – scientists discover giant trench under Antarctic Ice

A massive ancient subglacial trough — deeper than the Grand Canyon — has been discovered by a team of UK experts.

The research involved scientists from Newcastle University, the University of Bristol’s Glaciology Centre, the British Antarctic Survey and the universities of Edinburgh, Exeter, and York. They charted the Ellsworth Subglacial Highlands — an ancient mountain range buried beneath several kilometres of Antarctic ice — by combining data from satellites and ice-penetrating radars towed behind skidoos and on-board small aircraft.

The researchers spent three seasons investigating and mapping the region in West Antarctica, uncovering a massive subglacial valley up to 3 kilometres deep, more than 300 kilometres long and up to 25 kilometres across. In places, the floor of this valley is more than 2000 metres below sea level.

The mountain range and deep valley were carved millions of years ago by a small icefield similar to those of the present-day Antarctic Peninsula, or those of Arctic Canada and Alaska.

The findings are published in the latest edition of the Geological Society of America Bulletin. The paper’s lead author Dr Neil Ross from Newcastle University said: “The discovery of this huge trough, and the characterisation of the surrounding mountainous landscape, was incredibly serendipitous.”

The lecturer in Physical Geography added: “We had acquired ice penetrating radar data from both ends of this huge hidden valley, but we had no information to tell us what was in between. Satellite data was used to fill the gap, because despite being covered beneath several kilometres of ice, the valley is so vast that it can be seen from space.

“To me, this just goes to demonstrate how little we still know about the surface of our own planet. The discovery and exploration of hidden, previously-unknown landscapes is still possible and incredibly exciting, even now.”

Read the paper: The Ellsworth Subglacial Highlands: Inception and retreat of the West Antarctic Ice Sheet 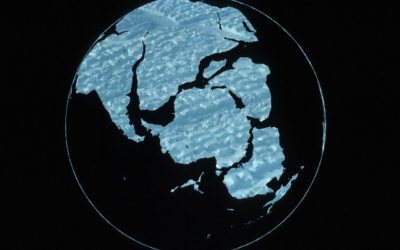