Warm ocean currents cause majority of ice loss from Antarctica

Reporting this week (Thursday 26 April) in the journal Nature, an international team of scientists led by British Antarctic Survey (BAS) has established that warm ocean currents are the dominant cause of recent ice loss from Antarctica. New techniques have been used to differentiate, for the first time, between the two known causes of melting ice shelves — warm ocean currents attacking the underside, and warm air melting from above. This finding brings scientists a step closer to providing reliable projections of future sea-level rise.

Researchers used 4.5 million measurements made by a laser instrument mounted on NASA’s ICESat satellite to map the changing thickness of almost all the floating ice shelves around Antarctica, revealing the pattern of ice-shelf melt across the continent. Of the 54 ice shelves mapped, 20 are being melted by warm ocean currents, most of which are in West Antarctica.

In every case, the inland glaciers that flow down to the coast and feed into these thinning ice shelves have accelerated, draining more ice into the sea and contributing to sea level rise.

“In most places in Antarctica, we can’t explain the ice-shelf thinning through melting of snow at the surface, so it has to be driven by warm ocean currents melting them from below.

“We’ve looked all around the Antarctic coast and we see a clear pattern: in all the cases where ice shelves are being melted by the ocean, the inland glaciers are speeding up. It’s this glacier acceleration that’s responsible for most of the increase in ice loss from the continent and this is contributing to sea-level rise.

“What’s really interesting is just how sensitive these glaciers seem to be. Some ice shelves are thinning by a few metres a year and, in response, the glaciers drain billions of tons of ice into the sea. This supports the idea that ice shelves are important in slowing down the glaciers that feed them, controlling the loss of ice from the Antarctic ice sheet. It means that we can lose an awful lot of ice to the sea without ever having summers warm enough to make the snow on top of the glaciers melt — the oceans can do all the work from below.

“But this does raise the question of why this is happening now. We think that it’s linked to changes in wind patterns. Studies have shown that Antarctic winds have changed because of changes in climate, and that this has affected the strength and direction of ocean currents. As a result warm water is funnelled beneath the floating ice. These studies and our new results therefore suggest that Antarctica’s glaciers are responding rapidly to a changing climate.”

A different picture is seen on the eastern Antarctic Peninsula (the long stretch of land pointing towards South America). Here, the ice-shelf thinning found by this study can be explained by warm summer winds directly melting the snow on the ice-shelf surfaces. Both patterns, of widespread ocean-driven melting and this summer melting on the Antarctic Peninsula, can therefore be attributed to Antarctica’s changing wind patterns.

This research is part of international efforts to improve understanding of the interactions between ice and climate in order to improve the reliability of sea-level rise projections. Professor David Vaughan is the leader of ice2sea — a major EU-funded FP7 programme. He said,

“This study shows very clearly why the Antarctic ice sheet is currently losing ice, which is a major advance. But the real significance is that it also shows the key to predicting how the ice sheet will change in the future is in understanding the oceans. Perhaps we should not only be looking to the skies above Antarctica, but also into the surrounding oceans.”

The study was carried out by an international team from British Antarctic Survey, Utrecht University, University of California in San Diego and Earth & Space Research in Corvallis, Oregon. NASA’s ICESat — Ice, Cloud and Land Elevation Satellite — measurements were collected during the period 2003 – 2008 to detect changes in ice-shelf thickness through time.

Issued jointly by the BAS and NASA Press Offices:

Stunning broadcast-quality footage and stills of Antarctica, a NASA animation, location maps the Nature paper are available from the BAS & NASA Press Offices or to download from our FTP site – please contact the BAS Press Office for details.

Data were used from NASA’s high-resolution ICESat. Launched in January 2003, ICESat was sent into a polar orbit to examine changes in the world’s ice and land masses — particularly ice mass balance — as well as cloud and aerosol height. The satellite’s lasers have measured the surface elevation of the Earth’s ice sheets with unprecedented accuracy. The satellite’s repeated passes over both poles create a wide net of coverage, and contribute to a long-term time series of topographic changes.

Ice2sea brings together the EU’s scientific and operational expertise from 24 leading institutions across Europe and beyond. Improved projections of the contribution of ice to sea-level rise produced by this major European-funded programme will inform the fifth IPCC report (due in 2013). In 2007, the fourth Intergovernmental Panel on Climate Change (IPCC) report highlighted ice-sheets as the most significant remaining uncertainty in projections of sea-level rise. Understanding about the crucial ice-sheet effects was “too limited to assess their likelihood or provide a best estimate of an upper bound for sea-level rise”. 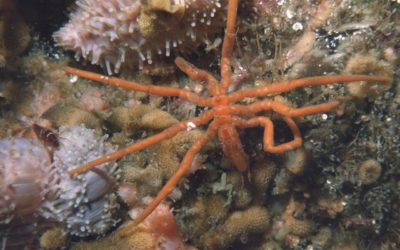