A new study using satellite mapping technology reveals there are twice as many emperor penguins in Antarctica than was previously thought. The results provide an important benchmark for monitoring the impact of environmental change on the population of this iconic bird.

Reporting this week in the journal PLoS ONE, an international team of scientists describe how they used Very High Resolution (VHR) satellite images to estimate the number of penguins at each colony around the coastline of Antarctica. Using a technique known as pan-sharpening to increase the resolution of the satellite imagery, the science teams were able to differentiate between birds, ice, shadow and penguin poo (guano). They then used ground counts and aerial photography to calibrate the analysis. These birds breed in areas that are very difficult to study because they are remote and often inaccessible with temperatures as low as −50°C (−58 degrees Fahrenheit).

“We are delighted to be able to locate and identify such a large number of emperor penguins. We counted 595,000 birds, which is almost double the previous estimates of 270,000 – 350,000 birds. This is the first comprehensive census of a species taken from space.”

On the ice, emperor penguins with their black and white plumage stand out against the snow and colonies are clearly visible on satellite imagery. This allowed the team to analyze 44 emperor penguin colonies around the coast of Antarctica, with seven previously unknown.

“The methods we used are an enormous step forward in Antarctic ecology because we can conduct research safely and efficiently with little environmental impact, and determine estimates of an entire penguin population, said co-author Michelle LaRue from the University of Minnesota and funded by the U.S. National Science Foundation. “The implications of this study are far-reaching: we now have a cost-effective way to apply our methods to other poorly-understood species in the Antarctic, to strengthen on-going field research, and to provide accurate information for international conservation efforts.”

“Current research suggests that emperor penguin colonies will be seriously affected by climate change. An accurate continent-wide census that can be easily repeated on a regular basis will help us monitor more accurately the impacts of future change on this iconic species.”

Scientists are concerned that in some regions of Antarctica, earlier spring warming is leading to loss of sea ice habitat for emperor penguins, making their northerly colonies more vulnerable to further climate change.

“Whilst current research leads us to expect important declines in the number of emperor penguins over the next century, the effects of warming around Antarctica are regional and uneven. In the future we anticipate that the more southerly colonies should remain, making these important sites for further research and protection.”

This research is a collaboration between British Antarctic Survey, University of Minnesota/National Science Foundation, Scripps Institution of Oceanography and the Australian Antarctic Division. The UK component of this research was partly funded by NERC and partly by the Foreign and Commonwealth Office Overseas Territories Environment Programme (OTEP).

Video – Peter Fretwell on how to count penguins from space

Stunning broadcast-quality footage and stills of Antarctica, emperor penguin colonies as well as location maps are available from the BAS ftp site at: ftp://ftp.nerc-bas.ac.uk/pub/photo/penguins-from-space

Images from Quickbird2, Worldview2 and Ikonos satellites were used to identify locations of emperor penguin colonies as these show greater detail than Landsat ETM imagery. Where colonies were identified, Very High Resolution (VHR) imagery was obtained and pansharpened to aid the differentiation between penguins, shadow and guano (poo). Pansharpening involves the merging of a higher-resolution panchromatic image (black and white, but sensitive to all wavelengths of light) and a lower-resolution colour image to produce a single high-resolution (60cm) colour image. This process lowered statistical deviations between known and predicted penguin counts considerably.

The area covered by penguins was converted into absolute population numbers using a relationship derived from data from colonies where both satellite data and direct ground or aerial counts were available. The latest count of 238,000 breeding pairs far exceeds the last estimate from 1992 of 135,000–175,000 breeding pairs.

The total population size was estimated from the number of breeding pairs based on 80% of penguins breeding in any one year in all colonies. Uncertainties stem from remnant difficulties in differentiating penguins from guano and shadow, which will be resolved as the resolution of satellite imagery improves further. Forty three of the forty four images used in the analysis were from one breeding season (2009), so the estimate can be considered a single year census.

High confidence in the population estimates for most individual colonies means that the overall results are reliable, but further ground-truthing could increase confidence further as some satellite images exhibited poor contrast or smearing.

The emperor is the giant of the penguin world and one of the largest of all birds. Gold patches on their ears and on the top of their chest brighten up their black heads. Emperors are the only penguin species to breed through the Antarctic winter, with temperatures as low at −50°C and winds of up to 200km (or 124 miles) per hour. They form large colonies on the sea-ice, with the female laying a single egg and passing it to the male for incubation. The eggs are balanced on the penguins’ feet, which are then covered by a thick roll of skin and feathers. This keeps the egg some 70°C warmer than the outside temperature. The females will then go to the sea to feed, and return around the time when the chicks are due to hatch. She then takes over brooding and feeding the chick whilst the male, after a nine-week fast during which it may lose 45% of its body weight, treks up to 100km over the ice to find food. To survive the Antarctic winter, adult emperors have a special combination of adaptations, with a dense double layer of feathers and a large fat reserve. Afterwards, both adults rear the chick.

The UK component of this research was funded by Natural Environment Research Council (NERC) and the Foreign and Commonwealth Office (Overseas Territories Environmental Protection fund).

British Antarctic Survey (BAS), a component of the Natural Environment Research Council, delivers and enables world-leading interdisciplinary research in the Polar Regions. Its skilled science and support staff based in Cambridge, Antarctica and the Arctic, work together to deliver research that uses the Polar Regions to advance our understanding of Earth as a sustainable planet. Through its extensive logistic capability and know-how BAS facilitates access for the British and international science community to the UK polar research operation. Numerous national and international collaborations, combined with an excellent infrastructure help sustain a world leading position for the UK in Antarctic affairs. For more information visit www.antarctica.ac.uk

The Natural Environment Research Council (NERC) is the UK’s main agency for funding and managing world-class research, training and knowledge exchange in the environmental sciences. It coordinates some of the world’s most exciting research projects, tackling major issues such as climate change, environmental influences on human health, the genetic make-up of life on earth, and much more. NERC receives around £320 million a year from the government’s science budget, which it uses to fund independent research and training in universities and its own research centres. www.nerc.ac.uk

The U.S. National Science Foundation (NSF) is an independent federal agency that supports fundamental research and education across all fields of science and engineering. In fiscal year (FY) 2012, its budget is $7.0 billion. NSF funds reach all 50 U.S. states through grants to nearly 2,000 colleges, universities and other institutions. Each year, NSF receives over 50,000 competitive requests for funding, and makes about 11,000 new funding awards. NSF also awards nearly $420 million in professional and service contracts yearly. 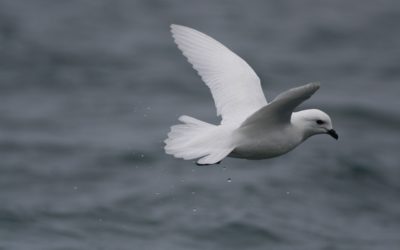