Antarctic krill (Euphausia superba) are shrimp-like crustaceans that play a critical role in the polar oceans. They are the main diet of whales, penguins and seals and play a critical role in promoting the transport of carbon to the depths of the ocean. However, krill and their habitats are threated by the impacts of climate change and a wide range of pollutants, including plastics.

Scientists from British Antarctic Survey (BAS), University of Exeter and Plymouth Marine Laboratory looked at the impact of nanoplastic – the smallest form of plastic pollution, invisible to the naked eye and at least 2000 times smaller than a grain of sand – under current and future ocean acidification conditions. Antarctic krill are especially vulnerable to these environmental stressors due to their close association with sea ice, a known area where plastic accumulates and the more rapid ocean acidification at higher latitudes, such as the Southern Ocean.

“Our results provide the first evidence that combined anthropogenic stressors (such as ocean acidification and nanoplastic pollution) can obstruct Antarctic krill development at the earliest and most sensitive embryonic stage of life. Now we need to understand whether these findings are reflective of the wider krill population.”

“Ocean acidification, which is where the pH of the ocean decreases, resulting in a less optimal environment for marine wildlife, is expected to increase, along with micro- and nanoplastic pollution as existing ocean plastic degrades. Our results show that it is critical to address plastic pollution in the context of global climate change to understand the full impact on the marine ecosystem.”

The researchers say future research into early development of krill should consider the effects of multiple impacts as a reduction in juvenile krill numbers could have serious consequences for the Antarctic food web and krill fisheries management. 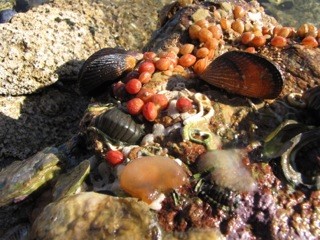 Brachiopods resilient to past environmental change 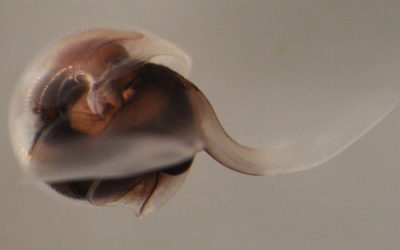