A volcano erupting on a small island in the Sub Antarctic is depositing ash over one of the world’s largest penguin colonies.

Zavodovski Island is a small island in the South Sandwich archipelago and its volcano Mt Curry has been erupting since March 2016. The island is home to over one million chinstrap penguins – the largest colony for this species in the world.

The island is part of the British Overseas Territory of South Georgia & the South Sandwich Islands and uninhabited. British Antarctic Survey (BAS) recently remapped this chain of volcanic islands and was alerted to a large (7.2) magnitude earthquake last month in the vicinity. Researchers confirmed from satellite imagery that not one, but two volcanoes are erupting in the South Sandwich Islands. Mt Curry on Zavodovski Island to the north of the archipelago and Mt Sourabaya on Bristol Island to the south.

Following the earthquake, fishing vessels in the area licenced by the Government of South Georgia & South Sandwich Islands, captured photos of the Zavodovski Island eruption. They show the main volcanic vent is on the western side of the island, but the prevailing wind is blowing the smoke and ash to the east, and depositing much of it on the lower slopes of the volcano. These are home to the chinstraps, closely packed in great numbers. In addition there are around 180,000 macaroni penguins.

Satellite images have confirmed that between one third and one half of the island has so far been covered in ash. At the time photos were taken, the adult chinstraps were moulting, shedding their old feathers for new ones and therefore unable to leave the island.

Geographer Dr Peter Fretwell from BAS who was involved in the remapping of the archipelago says:

“We don’t know what impact the ash will have on the penguins. If it has been heavy and widespread it may have a serious effect on the population. It’s impossible to say but two scientific expeditions are scheduled to visit the region from later this year and will try to assess the impact of the eruption.”

“As the images were captured during the moult period for the chinstraps, the consequences could be very significant. When the penguins return to breed later in the year, it will be interesting to see what impact this event has on their numbers.”

Zavodovski Island is the most northerly of the South Sandwich Islands, a remote uninhabited archipelago of islands in the Sub Antarctic. There are eleven islands in the group all of which are of volcanic origin. The South Sandwich Islands form part of South Georgia & the South Sandwich Islands, a UK overseas territory. The South Sandwich Islands are the emergent parts of volcanoes forming the volcanic arc of a subduction system. This subduction system is a tectonically active part of the Scotia Sea, a compact ocean gateway region of global significance for interactions between tectonics, oceanographic flow, climate and biodiversity during Cenozoic to recent times. This is the first time that Zavodovski Island has been witnessed erupting, although there is evidence that it erupted in the 1970s, possibly in the 1980s and as late as 2012, although the nature of those eruptions is unknown.

Zavodovski Island is named after the second in command of the expedition led by the Russian explorer Bellingshausen in 1820 who first sighted the island. It is located around 300 kms north of Bristol Island. 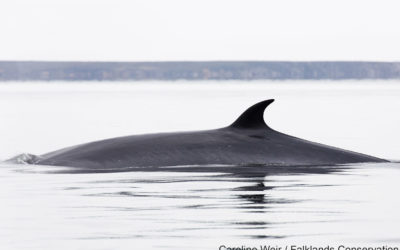