Until now estimates of how much of ice-free rock is exposed in Antarctica were stated as ‘less than 1%’.

For the first time scientists from British Antarctic Survey (BAS) have been able to produce accurate quantification of how much of the continent isn’t buried under snow.  At a mere 0.18% scientists can now say confidently how much of the frozen continent really is frozen.  This improves the baseline that scientists use to monitor the effects of climate change in the region.

Publishing this month in the journal Cryosphere scientists describe how they used the latest NASA and USGS satellite data to produce an automated map of rock outcrop across the entire Antarctic continent.

As the accuracy and sensitivity of remote-sensing satellites improve, there is an increasing demand from the scientific community for more accurate and updated base datasets to improve geological surveying and monitoring. However, differentiating rock outcrop from snow and ice is a particular problem in Antarctica, where extensive cloud cover and widespread shaded regions lead to classification errors.

“Maps of exposed rock in Antarctica are a key base dataset for research on the continent for a range of researchers and subject areas, including glaciology, geology and geomorphology, and the existing digital map has been downloaded over 2500 times in the last three years. However, this dataset was manually derived and is largely inaccurate, with poor location accuracy and frequent incorrect classification of shaded snow as rock. Automated methods have produced accurate maps from satellite images at lower latitudes, but extensive unavoidable shade and clouds in Antarctica render the methods by which they were derived unsuitable towards the Poles.”

This project required the development of the first automated methodology for rock and snow differentiation in Antarctica and the subsequent analysis of hundreds of satellite images. Importantly, the methodology and computer code used has been freely provided online to boost the growing open science resources for Antarctic research.

The paper: An automated methodology for differentiating rock from snow, clouds and sea in Antarctica from Landsat 8 imagery: a new rock outcrop map and area estimation for the entire Antarctic continent by Alex Burton-Johnson, Martin Black, Peter T. Fretwell (from BAS) and Joseph Kaluza-Gilbert (from University of Hull) can be read here: 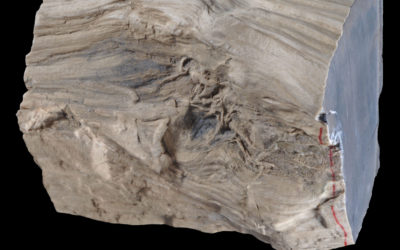