The Fifth Assessment Report (AR5) of the Intergovernmental Panel on Climate Change (IPCC) is published today.

The report entitled Climate Change 2013: The Physical Science Basis, presents a synthesis of current climate science research and an assessment of the extent to which the climate changes can be attributed to human activity. It builds on a series of earlier reports on this subject, the most recent of which was published in 2007. These reports are critical for informing the climate policies adopted by governments.

Based on the review and analysis of several thousand published scientific papers, the report has been written and edited by scientists, experts in their field, drawn from 39 countries. More than 10 per cent of these authors are from the UK. Many of them are Natural Environment Research Council (NERC) funded and include Professor David Vaughan of the British Antarctic Survey who is a coordinating lead author in today’s report.

NERC funds research on the whole earth system that contributes to the evidence base from which IPCC draws its conclusions. The peer-reviewed papers of NERC-funded researchers in HEIs and in NERC’s research centres including BAS have made a major contribution to the report.

Since the last IPCC, BAS science programme Polar Science for Planet Earth was directed to focus on the polar climate unknowns and BAS has played a leading role in compiling reports on the state of knowledge about Antarctica and the Arctic. Key topics included climate history, loss of ice from ice sheets and glaciers, ocean circulation and ocean warming, climate modelling, sea-ice cover, sea-level rise and ecosystem changes. 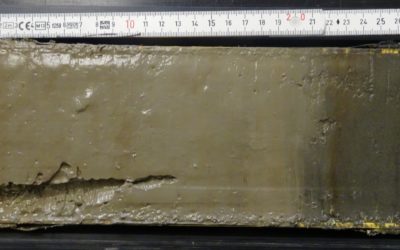