Scientists will this week (Friday 26 Sept) announce the annual update on the global carbon figures. They report that CO2 emissions from burning fossil fuels and cement manufacturing continue to increase rapidly despite international agreements to limit emissions of greenhouse gases.

The latest estimates of annual CO2 emissions indicate also that the pattern of emissions has changed markedly since the drafting of the United Nations Framework Convention on Climate Change in 1992, and that more than half of global emissions are now from the so-called ‘developing countries’. Forests and oceans — the Earth’s natural sinks — absorbed 54% of the CO2 emissions since 2000, down by 3% compared to 1959–2000.

Professor Corinne Le Quéré from British Antarctic Survey and the University of East Anglia is a leading expert involved in the international Global Carbon Project which provides scientific evidence and knowledge to support policy debate and action to slow the rate of increase of greenhouse gases in the atmosphere. She says:

“The global economy continues to depend on fossil fuels. Over the past 10–15 years we’ve observed the increased CO2 contribution made by developing countries as their economies grow. CO2 in our atmosphere is a very serious issue. Emissions in 2007 were at the high end of those used for climate projections in the last Intergovernmental Panel for Climate Change (IPCC) report. If this trend continues and the natural sinks weaken, we are on track towards the highest projections of climate change.”

These findings will be published online by the Global Carbon Project and discussed on Friday at a forum at the Russell Senate Office Building in Washington, D.C., and at the Paris Observatory in France.

More information is available at the Carbon Dioxide Information Analysis Center web site. The center is supported by DOE’s Climate Change Research Division within the Office of Biological and Environmental Research.

The Cambridge-based British Antarctic Survey (BAS) is a world leader in research into global environmental issues. With an annual budget of around £45 million, five Antarctic Research Stations, two Royal Research Ships and five aircraft BAS undertakes an interdisciplinary research programme and plays an active and influential role in Antarctic affairs. BAS has joint research projects with over 40 UK universities and has more than 120 national and international collaborations. It is a component of the Natural Environment Research Council.

The University of East Anglia is a world-leader in environmental research and home to the climatic Research Unit, the Tyndall Centre for Climate Change Research, and the Zuckerman Institute for Connective Environmental Research

The Global Carbon Project was formed to assist the international science community to establish a common, mutually agreed knowledge base supporting policy debate and action to slow the rate of increase of greenhouse gases in the atmosphere. www.globalcarbonproject.org

The global carbon budget is compiled annually by the Global Carbon Project based on data from: 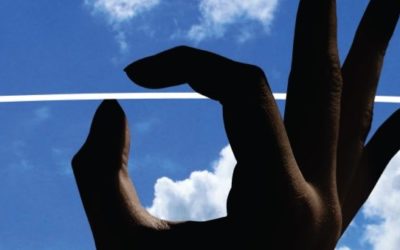