Challenges facing the future of Antarctica

A century ago, Antarctica was one of Earth’s last frontiers, but now the continent is under threat from human activity.

An international team of experts, including scientists from British Antarctic Survey (BAS), has set out the current and future conservation challenges facing the Antarctic in a Policy Forum article published this week in the journal Science.

The team analysed the effectiveness of the existing Antarctic Treaty System for protecting the region from the threats of climate change and, as technology improves, increasing prospects of use of the Antarctic’s natural resources.

“Climate change is increasing the risk of the introduction of non-indigenous species. Several alien species, which have track records of being highly invasive, are already present in the Peninsula region and the risks are growing.”

The team also looked at the likely situation in half a century. In the longer-term, climate change impacts on terrestrial systems, and the impacts of ocean acidification on marine organisms are growing threats.

Professor Chown said that the Antarctic Treaty System remains effective, but swifter decision-making and more collaboration were vital if the Antarctic was to be conserved.

“The quick pace of change in much of the region is under-appreciated. There’s warming in the Western Antarctic, changing species distributions, and a quickening in the rate of ice-loss, among other clear signs,” Professor Chown said.

Over the longer term, growing tourism and science activities will raise the prospect of permanent human settlement, and interests in resource use will escalate. The authors pointed out that these developments would mean substantial challenges to the conservation of the region, and in consequence to its governance through the Antarctic Treaty System.

BAS Environmental Manager Dr. Kevin Hughes added “In the past, the Antarctic Treaty System has done a great job in preserving Antarctica as a continent free of human conflict. But now Antarctica faces new threats, and impacts from rapid climate change and increasing human activity are tremendously worrying. Rapid and unified action by the Antarctic Treaty Parties is crucial if the continent’s biodiversity is to be protected for future generations”. 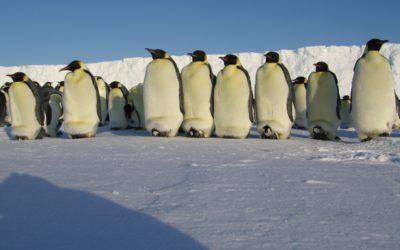 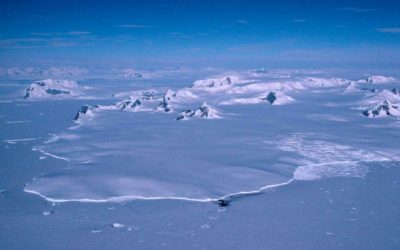