In the early hours of Christmas Day (Tuesday 25 December 2012) Professor Martin Siegert, Principal Investigator of the Subglacial Lake Ellsworth experiment, confirmed that the mission to drill into the lake has been called off for this Antarctic season. Drilling was proceeding well during the weekend after a replacement part was fitted to the boiler used to heat water for drilling.

Drilling stopped after the team was unable to form properly the water-filled cavity 300 metres beneath the ice. This cavity was to link the main borehole with a secondary borehole used to recirculate drilling water back to the surface.

“On Christmas Eve we took the decision to cease our efforts to directly measure and sample Subglacial Lake Ellsworth. Although circumstances have not worked out as we would have wished, I am confident that through the huge efforts of the field team, and our colleagues in the UK, we have done as much as we possibly could have done, and I sincerely thank them all. I am also hugely grateful to the UK Natural Environment Research Council for making it possible for us to attempt the direct exploration of subglacial Antarctica. Sixteen years ago, we hypothesised that deep-water subglacial lakes are viable habitats for life, and contain important records of ice and climate history. For now, these hypotheses remain untested. Once back in the UK I will gather our consortium to seek ways in which our research efforts may continue. I remain confident that we will unlock the secrets of Lake Ellsworth in coming seasons.”

The first borehole was drilled to a depth of 300m and then left at that depth for 12 hours to create the cavity. The second, main borehole (located 2m away from the first) was then drilled to 300m depth and should have immediately connected with this cavity. This main borehole would then continue through the cavity and down to the lake while the first borehole would be used to recirculate water back to the surface using a submersible pump. In this way, the ice cavity can be used to balance the level of water in the boreholes and hence balance the pressure from the lake upon breakthrough.

For reasons that are yet to be determined the team could not establish a link between the two boreholes at 300m depth, despite trying for over 20 hours. During this process, hot water seeped into the porous surface layers of ice and was lost. The team attempted to replenish this water loss by digging and melting more snow, but their efforts could not compensate. The additional time taken to attempt to establish the cavity link significantly depleted the fuel stocks to such a level as to render the remaining operation unviable. Reluctantly the team had no option but to discontinue the programme for this season.

“This is of course, hugely frustrating for us, but we have learned a lot this year. By the end the equipment was working well, and much of it has now been fully field tested. A full report on the field season will be compiled when the engineers and programme manager return to UK.”

The Lake Ellsworth Consortium is funded by the Natural Environment Research Council (NERC). It features two of NERC’s Centers of Excellence – British Antarctic Survey and the National Oceanography Centre – and nine UK universities.

Telephone interviews with Professor Siegert or the Lake Ellsworth team can be arranged by the BAS Press team. Please note that Lake Ellsworth is 3 hours behind UK time (GMT). 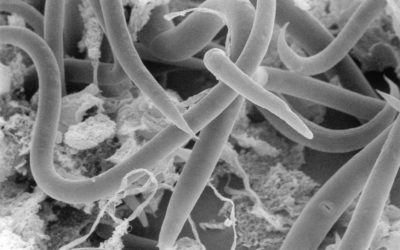 Study of roundworm that returns to life after freezing