The UK Polar Data Centre (UK PDC) provides data and contributes expertise to a number of polar data sharing initiatives. We are a founder member of the project to create an International Bathymetric Chart of the Southern Ocean (IBCSO) and also provide bathymetric data to a number of regional scale efforts. Below are some of our recent projects and collaborations.

The UK PDC contributed to the South Georgia fisheries and environmental data project funded by the Government of South Georgia and the South Sandwich Islands (GSGSSI). This three-year project concluded in 2014, but has led to further GSGSSI funding for projects related to maintenance, as well as the development of additional fisheries and tourism-related databases. These projects have built important links between BAS and the South Georgia government, the Marine Resources Assessment Group (MRAG), the Centre for Environment, Fisheries and Aquaculture Science (Cefas) and the Commission for the Conversation of Antarctic Marine Living Resources (CCAMLR).

The NERC-funded marine metadata and events project aims to make more of BAS’s considerable marine data available and accessible to researchers. Following the project’s conclusion in 2014, additional work is in progress to develop a marine geospatial data portal that will allow the discovery of, and access to, BAS marine data for all researchers. An important part of the portal will be the visualisation of cruise tracks based on GPS navigation data which have been loaded and cleaned as part of this project.

The UK PDC provided software development and data support to this 18-month NERC-funded project to enable the development and establishment of a space-weather database and website. The site publishes the near real-time outputs and forecasts of the BAS radiation belt model; these forecasts cover the three main orbit types where most commercial satellites operate. In addition to the model outputs users can access the supporting data in the underlying database either via a web interface or directly via a web service API. 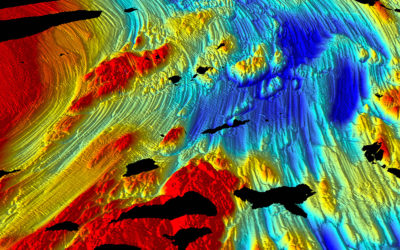